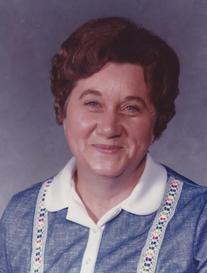 Alice “Jewell” Collins, 80, of Fairland, passed away Saturday, January 7, 2017 at her residence. She was born April 5, 1936, in Paintsville, Kentucky, the daughter of Winfield Sr. and Audrey (Montgomery) Holbrook. She married Ishmeal Collins on December 12 1953, and he preceded her in death on September 2, 1979. Jewell is survived by her daughter, Nancy Block and husband, Greg, of Shelbyville; son, Andrew Collins of Fairland; brothers, Winfield Holbrook II and wife, Stella, Kenny Holbrook and wife, Judy, and Roger Holbrook and wife, Kathy, all of Paintsville; grandchildren, Wesley Waltz, Melissa Napier and husband, Richard, Jeremy Collins and Mary Ann Neefle; great-grandchildren, Phillip, Riley, Shelby, Jason, Chance, Isaac, Brookie, Christopher and Aysalynn; and numerous nieces and nephews. She was also preceded in death by her parents; a son, Jerry Collins; sisters, Gladys Castle, Anna Margaret Davis and Ann Conley; and brothers, John Holbrook and Dave Holbrook. Jewell was a member of Fairland Baptist Church. She was a cook at Triton Central Consolidated Schools for over 20 years. She also cooked and worked in housekeeping at Major Hospital for 15 year. Visitation will be from 1 to 3 p.m. Wednesday, January 11, 2017 at Freeman Family Funeral Homes and Crematory, Carmony-Ewing Chapel, 819 S. Harrison St. in Shelbyville. Funeral services will be at 3 p.m. Wednesday at the funeral home. Interment will be at Fairland Cemetery in Fairland.
To order memorial trees or send flowers to the family in memory of Alice "Jewell" Collins, please visit our flower store.