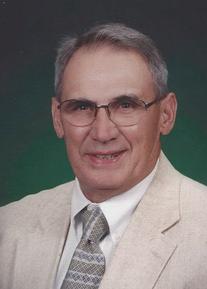 Allen W. Kuhn, 85, of Shelbyville, passed away Saturday, January 1, 2022, at Ashford Place Health Campus in Shelbyville. He was born November 17, 1936, in Blue Ridge, Shelby County, the son of Lawrence and Louise (Meloy) Kuhn. On June 18, 1960, he married Beverly Sue “Susie” Sarringhaus, and she preceded him in death on September 24, 2014. Allen is survived by his daughter, Leann Smith and husband, Dustin, of Shelbyville; grandson, Mitchell Smith; sister, Kay Alkire and husband, Bob, of Loveland, Ohio; brother, Roger Kuhn and wife, Benita, of New Palestine; sister-in-law, Susan Kuhn of Frankfort; and numerous nieces and nephews. In addition to Susie, Allen was preceded in death by his parents; and a brother, Todd Kuhn. Allen graduated in 1954 from Waldron High School, and received his associates degree in engineering from IUPUI. He was a member of Evangelical United Church of Christ. Allen served in the National Guard. He was a grain farmer and enjoyed raising cattle, hogs and sheep. Allen was also the manager of underground storage for Indiana Gas Company. Allen was a member of the Shelby Masonic Lodge No. 28. He was a supporter of the Shelby County 4-H program and had formerly served on the Shelby County Fair Board for 10 years, being the Livestock Superintendent and Director of Concessions. He also enjoyed trap shooting and was a member of the Columbus Gun Club. Visitation will be from 5 to 7 p.m. Tuesday, January 4, 2022, at Freeman Family Funeral Homes and Crematory, Carmony-Ewing Chapel, 819 S. Harrison St. in Shelbyville. Funeral services will be at 10 a.m. Wednesday, January 5, 2022, at the funeral home, with Rev. Charles Jordan. Interment will be at Forest Hill Cemetery in Shelbyville. Memorial contributions Our Hospice of South Central Indiana, 2626 S. 17th St., Columbus, Indiana 47201. Online condolences may be shared with Allen’s family at www.freemanfamilyfuneralhomes.com.
To order memorial trees or send flowers to the family in memory of Allen W. Kuhn, please visit our flower store.