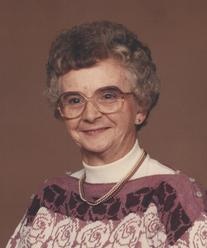 Arie Belle Burkett, 92, of Morristown, formerly of Fountaintown passed away Sunday, September 15, 2019 at Morristown Manor. She was born October 30, 1926, in Rushville, the daughter of Benjamin and Gertrude (Clemens) Logsdon. Arie is survived by her son, David Purcell and wife, Dawn, of Fountaintown; daughters, Sandra Denny and husband, Charles, Polly McQueary and husband, Arnold, and Edith Wadsworth and husband, Larry, all of Shelbyville; 14 grandchildren; 27 great-grandchildren; 15 great-great-grandchildren; and numerous nieces and nephews. She was preceded in death by her parents; grandchildren, Dena Jo Williams and Darles Corley; five brothers, Jack, Roy, Howard, Montie and Benjamin; and four sisters, Gladys, Louise, Okle and Ruby. Arie was a member of the Fountaintown Christian Church. She formerly worked for Western Electric, and retired from Standard Grocery/National Tea, with over 15 years of service. Arie was also a member of the American Legion Auxiliary in Greenfield. She enjoyed playing BINGO, Euchre and Yahtzee. Arie also enjoyed dancing and watching the Indianapolis Colts. Arie loved her family and enjoyed cooking for all of them. She cherished the time spent with her grandchildren and great-grandchildren. She was also preceded in death by her dog, Joey. Visitation will be from 9:30 to 11:30 a.m. Friday, September 20, 2019 at Freeman Family Funeral Homes and Crematory, Carmony-Ewing Chapel, 819 S. Harrison St. in Shelbyville. Funeral services will be at 11:30 a.m. at the funeral home, with Rev. Dr. Robb Barlow officiating. Interment will be at Fountaintown Cemetery in Fountaintown. Memorial contributions may be made to the Cancer Association of Shelby County, PO Box 844, Shelbyville, Indiana 46176. Online condolences may be shared with Arie’s family at www.freemanfamilyfuneralhomes.com.
To order memorial trees or send flowers to the family in memory of Arie Belle Burkett, please visit our flower store.