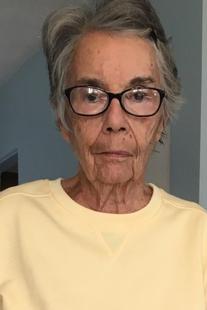 Barbara A. Armstrong, 84, of Indianapolis, passed away Friday, December 1, 2017 at Franciscan St. Francis Health in Indianapolis. She was born April 1, 1933, in Lafayette, the daughter of Maude and Beatrice Knight. In Indianapolis on August 2, 1953, she married George J. “Junior” Armstrong, and he preceded her in death on March 31, 1988. Barbara is survived by her daughters, Debbie Schweigel and husband, Dean, of St. Petersburg, Florida, Cathy Kendall and husband, Mark, Melinda Nash, Patricia Mowery and husband, Harold, Kelly Golliday and husband, Kevin, and Beth Schaeffer, all of Indianapolis; brothers, David Knight of Black Hills and Joe Knight of Indianapolis; sisters, Betty Bottoms of Texas and Patty Rodenbeck of Plainfield; 14 grandchildren; 17 great-grandchildren; and numerous nieces and nephews. She was also preceded in death by her parents; sons, George Randall Armstrong and David A. Armstrong; and sister, Virginia Steineker. Barbara graduated from Broad Ripple High School in 1951. She was formerly employed at Value City Department Store for 16 years. Barbara enjoyed raising her family and spending time with her grandchildren and great-grandchildren. Funeral services will be at 10 a.m. Tuesday, December 5, 2017 at Freeman Family Funeral Homes and Crematory, Carmony-Ewing Chapel, 819 S. Harrison St. in Shelbyville, friends may gather one half hour prior to service. Interment will be at Forest Hill Cemetery in Shelbyville. Memorial contributions may be made to the Cancer Association of Shelby County, PO Box 844, Shelbyville, Indiana 46176. Online condolences may be shared with Barbara’s family at www.freemanfamilyfuneralhomes.com.
To order memorial trees or send flowers to the family in memory of Barbara A. Armstrong, please visit our flower store.