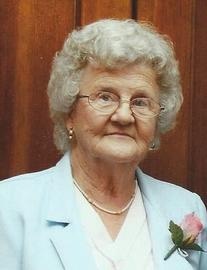 Bertha Mae Coy, 90, of Flat Rock passed away Friday, April 2, 2021, at her home. She was born September 15, 1930, in Jennings County, the daughter of Gilbert V. and Tressa M. (Tribbett) Abel. On March 24, 1950, she married Ival G. Coy, and he preceded her in death on May 10, 2018. Bertha is survived by her grandchildren, Cari Lei Coy of Columbus, Leisa Marie Roberts and husband, Dustin, of Shelbyville and Brent Alan Coy of Flat Rock; great-grandchildren, Erik, Mackenzie, Mariah, Tyson, Emma and Adyson; and numerous nieces and nephews. In addition to Ival, Bertha was preceded in death by her son, Ronnie Ival Coy on July 14, 2010; brothers, Harry Abel and Warren Gilbert Abel; and a sister, Lena Lee. Bertha graduated in 1948 from Boggstown High School. She was a farm wife. Bertha was the secretary and an Emergency Medical Technician for Trans-Med from 1977 to 2003. Bertha was 50-year member of the Order of Eastern Star Lodge No. 473, where she had previously served as Worthy Matron. She had also served on the Flat Rock Citizens Committee. She also leaves behind her cat, Bob. Visitation will be from 4 to 7 p.m. Tuesday, April 6, 2021 at Freeman Family Funeral Homes and Crematory, Carmony-Ewing Chapel, 819 S. Harrison St. in Shelbyville. Funeral services will be at 10 a.m. Wednesday, April 7, 2021, at the funeral home. Interment will be at Rest Haven Cemetery in Edinburgh. Memorial contributions may be made to the Flat Rock Fire Department, 2785 State Road 252, Flat Rock, Indiana 47234. Online condolences may be shared with Bertha’s family at www.freemanfamilyfuneralhomes.com.
To order memorial trees or send flowers to the family in memory of Bertha Mae Coy, please visit our flower store.