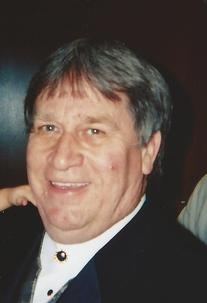 Carl Stephen “Steve” Rose, 73, of Columbus, formerly of Shelbyville, passed away Thursday, August 31, 2017 at his residence. He was born January 3, 1944, in Madison, the son of Russell J. and Electa A. (Wilson) Rose. On February 22, 1969, he married Lilly Ann Orosco, and she survives. Steve is also survived by his children, Venissa Allman of Hope, Eric Rose and wife, Stephanie, of Franklin, and Dawn Henry and husband, Grant, of Greenwood; brother, Russell Rose of Ohio; sisters, Joyce Budawitz of Shelbyville, Sheila Deaton of Beech Grove, and Lorna Rose and Lora Rose, both of Indianapolis; grandchildren, Shaela Henry, Errallyn Henry, Asa Allman, Azriel Allman, Noah Rose, Alexis Pace and Braderick Morrison; great-grandson, Bentley Pitchford; and numerous nieces and nephews. He was preceded in death by his parents. Steve graduated from Brown County High School in 1962. He was a U.S. Air Force veteran. Steve formerly worked as a machinist at General Electric/Wellman for 36 years. He was an outdoorsman, especially enjoying summer. He like to hunt turtles, fish, garden and take trips to the apple orchard with his children and grandchildren. Steve was a devoted husband and was looking forward to celebrating their 50th wedding anniversary with a trip to Nevada. He was also devoted to his children and grandchildren. He also leaves behind his dogs, Wonder, Pico and Bonito. Visitation will be from noon to 2 p.m. Saturday, September 2, 2017 at Freeman Family Funeral Homes and Crematory, Carmony-Ewing Chapel, 819 S. Harrison St. in Shelbyville. Funeral services will be at 2 p.m. Saturday at the funeral home, with military rites conducted by the local military committee. Memorial contributions may be made to Our Hospice of South Central Indiana, 2626 17th St., Columbus, Indiana 47201 or to your local humane society. Online condolences may be shared with Steve’s family at www.freemanfamilyfuneralhomes.com.
To order memorial trees or send flowers to the family in memory of Carl Stephen "Steve" Rose, please visit our flower store.