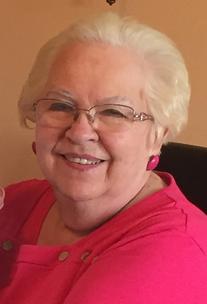 Carolyn Ann Schneider, 87, of Shelbyville, passed away Tuesday, June 13, 2017 at Franciscan St. Francis Hospital in Indianapolis. She was born November 13, 1929, in Shelbyville, the daughter of Floyd and Geraldine (Jones) Brattain. On March 4, 1950, she married Gerald “Jerry” Schneider, and he preceded her in death on October 22, 1996. Carolyn is survived by her daughter Patti Jo Moss of Shelbyville; sons, Michael Lee Schneider and wife, Patty, of Tempe, Arizona, Benjamin Robert Schneider of Fountain Valley, California, and Robert Lawrence Schneider and wife, Becky, of Indianapolis; sister, Katherine McBroom of Indianapolis; brother, Elmer Brattain and wife, Sharon, of Shelbyville; grandchildren, Stacey Sharp and husband, James, Misty Schneider, Amanda Schneider, Jacob Schneider, Griffin Schneider and Olga Schneider; great-grandchildren, Zevin, Alana and Brianna; and several nieces and nephews. She was also preceded in death by her parents; brother, F. “Dale” Brattain; and sister, Sue Mitchko. Carolyn graduated from Shelbyville High School in 1947. She was a past member of the Indianapolis Hebrew Congregation. Carolyn formerly owned and operated Elanjay Corporation from 1968 to 1980. She and her daughter, have co-owned and operated Sew-Tec, since 1988. She enjoyed gardening and was an avid crossworder. Carolyn loved cooking for her family and cherished the time she spent with them. She took flying lessons and completed her solo flight. Carolyn was very generous with her sewing talents, making costumes for numerous musicals and performances at Shelbyville High School in the 1960’s and 1970’s, including Mame and Hello Dolly. She also leaves behind her kitties, Ella and Babe. Visitation will be from 10 a.m. to noon, Friday, June 16, 2017 at Freeman Family Funeral Homes and Crematory, Carmony-Ewing Chapel, 819 S. Harrison St. in Shelbyville. Graveside services will be at 12:30 p.m. Friday at Forest Hill Cemetery in Shelbyville, with Rabbi Shelley Goldman officiating. Memorial contributions may be made to Pantry Pals, in care of the Blue River Community Foundation, 54 W. Broadway, Suite 1, Shelbyville, Indiana 46176.
To order memorial trees or send flowers to the family in memory of Carolyn Ann Schneider, please visit our flower store.