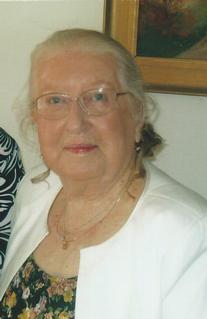 Carolyn Comstock Cortelyou, 93, of Shelbyville, passed away Wednesday, March 22, 2017 at MHP Medical Center in Shelbyville. She was born March 7, 1924, in Shelbyville, the daughter of Floyd and Blanche (Frederick) Comstock. On December 26, 1943, she married Kenneth Cortelyou, and he preceded her in death on March 24, 1984. Carolyn is survived by her son, Paul Cortelyou and wife, Mary Kay, of Shelbyville; grandchildren, Anthony Cortelyou and wife, Lindsay, and Katie Cortelyou; step-grandchildren, Shannon Chapman and Annie Schmelzer; and great-granddaughter, Taizly Cortelyou. She was also preceded in death by her parents; and son, Robert Cortelyou. Carolyn graduated from Waldron High School in 1942. She was an active lifelong member of Mt. Gilead Baptist Church. Carolyn was also a member of the Order of Eastern Star and the Daughters of the American Revolution. She was an avid golfer, and participated in several bridge clubs. Carolyn formerly played in the Farm Bureau Band. Visitation will be from 2 to 4 p.m. Saturday, March 25, 2017 at Freeman Family Funeral Homes and Crematory, Carmony-Ewing Chapel, 819 S. Harrison St. in Shelbyville. Funeral services will be at 4 p.m. Saturday at the funeral home, with Rev. Bryan Trotter officiating. Interment will be at Miller Cemetery in Shelby County. Memorial contributions may be made to Mt. Gilead Baptist Church, 4449 S. Smithland Road, Shelbyville, Indiana 46176.
To order memorial trees or send flowers to the family in memory of Carolyn Comstock Cortelyou, please visit our flower store.