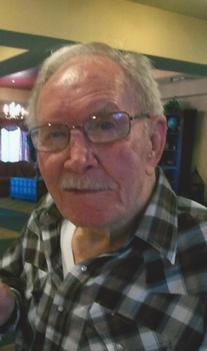 Charles Edward “Charlie” Kocher, 92, of Shelbyville passed away Monday, January 27, 2020 in Shelbyville. He was born January 11, 1928, in Shelbyville, the son of Charles Adam and Lola May (Petty) Kocher. On January 19, 1951, he married Margaret Ann “Peggy” Kocher, and she preceded him in death on September 19, 1993. He married Rita Kocher on June 3, 1995, and she survives. Charlie is also survived by his children, Pam Blackburn and husband, Mike, Keith Kocher and wife, Lana, and Kevin Kocher; step-children, Nelson Hastings and wife, Teresa, Floyd Hastings and wife, Jennifer, and Bobby Hastings; 14 grandchildren; and five great-grandchildren. He was also preceded in death by his parents. Charlie received a bachelors degree in education from Franklin College. He was a veteran of the U.S. Marine Corp, serving during World War II. Charlie was a teacher in several schools, including the Indianapolis Public Schools, where he taught building trades. He was a founding member of the Shelby County Habitat for Humanity. Charlie was also a member of the Evangelical United Church of Christ, Farmers Masonic Lodge No. 147 F&AM and a former member of the Blue River Twilight Bowling League. Charlie was most at peace when he was working, he loved to do construction work when he was not teaching. Visitation will be from 5 to 7 p.m. Thursday, January 30, 2020 at Freeman Family Funeral Homes and Crematory, Carmony-Ewing Chapel, 819 S. Harrison St. in Shelbyville. Funeral services will be at 7 p.m. Thursday at the funeral home, with Rev. Charles Jordan officiating. Military rites will be conducted by the local military committee. Memorial contributions may be made to Shelby County Habitat for Humanity, PO Box 274, Shelbyville, Indiana 46176. Online condolences may be shared with Charlie’s family at www.freemanfamilyfuneralhomes.com.
To order memorial trees or send flowers to the family in memory of Charles Edward "Charlie" Kocher, please visit our flower store.