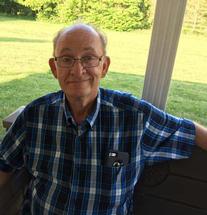 Cletus Struckman, 71, of Milan, passed away Sunday, September 3, 2017 at his residence surrounded by his loving family. He was born March 4, 1946, in Milan, the son of Roy and Virginia (Dennis) Struckman. On October 22, 2005, he married his loving wife, Marilyn Sue Michel, and she survives. In addition to his wife, Cletus is survived by his sons, Richard Struckman and wife, Michelle, of Westport, Michael Struckman of Versailles, Jonathan Struckman and wife, Becky, of Osgood, David Struckman and wife, Lacy, of Milan, and Cory Fletcher and wife, Mara, of Batesville; daughters, Lisa Nethery of Wisconsin, Kerri Eckstein of St. Leon, and Jodi Williams and husband, Jerry, of Milan; son-in-law, Kerry Eckstein of St. Leon; brothers, Paul Struckman and wife, Wilma, of Osgood, Clifford Struckman and Leroy Struckman and wife, Joanne, both of Milan; sister, Susie Johnson of Milan; 34 grandchildren; and 15 great-grandchildren. He was preceded in death by his parents; and a great-grandchild. Cletus graduated from Versailles High School in 1965. He was a devoted member of First Baptist Church in Milan, where he served as a trustee. Cletus accepted Christ as his personal Savior and was baptized by Pastor Harris Long. He loved his church family very much. Cletus also assisted with the audio at church services and was very instrumental in making the annual Ice Cream Social a success. Cletus was a veteran of the U.S. Air Force, serving for four years. He was a member of the Versailles American Legion Post No. 173. While being a lifelong farmer and growing up on the farm, Cletus was also a television repairman. Prior to owning and operating Clete’s TV and Antenna Service, where he sold and repaired televisions and installed antennas, he had formerly worked at Miller TV in Osgood, Ammermans TV in Sunman, Service Central in Versailles and Myers TV and Appliance. Cletus enjoyed riding his Honda Gold Wing, driving his mustang convertible and relaxing on his front porch. He also loved to travel. Clete and Marilyn took many great trips together, including traveling to Italy to visit their grandson, Kody and wife, Jessica. He also enjoyed western movies and musicals. Cletus loved his family and cherished the time he spent with all of them, especially his grandchildren. He also leaves behind his dogs, Puggles and Sadie. Visitation will be from 4 to 8 p.m. Friday, September 8, 2017 at Laws-Carr-Moore Funeral Home, 707 S. Main St. in Milan, and from 10 to 11 a.m. Saturday, September 9, 2017 at the First Baptist Church of Milan, 112 S. Main St. in Milan. Funeral services will be at 11 a.m. Saturday at the church, with Pastor Harris Long officiating. Interment will be at Mud Pike Cemetery in Ripley County, with military graveside rites. Services have been entrusted to Freeman Family Funeral Homes and Crematory, 819 S. Harrison St. in Shelbyville. Memorial contributions may be made to the First Baptist Church of Milan. Online condolences may be shared with Clete’s family at www.freemanfamilyfuneralhomes.com and www.lawscarrmoore.com.
To order memorial trees or send flowers to the family in memory of Cletus Struckman, please visit our flower store.