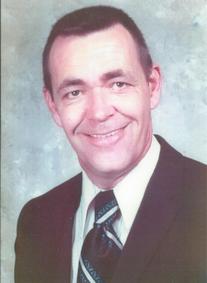 Clifford B. Sipes, 91, a lifelong Shelby County resident, passed away Friday, August 2, 2019 at Heritage House of Shelbyville. He was born May 17, 1928, in Shelby County, the son of the late Ira and Olive (Utterback) Sipes. He married Lois Ann Willis on May 2, 1947, and she preceded him in death on September 20, 2011. Clifford is survived by two daughters, Lynn Conway of Shelbyville, and Gail Bratcher and husband, Joe, of Caneyville, Kentucky; one son, Michael Sipes and wife, Debra, of Shelbyville. He is also survived by three grandchildren, Ronnie Compton, Jennifer Fortune and Craig Sipes, all of Shelbyville; six great-grandchildren; and his girlfriend, Pat Spurlin and her family. In addition to Lois, Clifford was also preceded in death by his son-in-law, Ronnie Joe Conway. He was a printer and retired from the Indianapolis Newspaper Inc., after 37 years of service. He had also worked for The Shelbyville Republican, The Shelbyville News and The Indianapolis Times and Star. Clifford belonged to the Indianapolis Typographical Union and on June 28, 1996, he became a 50-year member. He was also a member of the Shelbyville Eagles Lodge No. 766 and the Moose Lodge No. 2118. He enjoyed music, dancing, card, traveling and building and repairing houses. Visitation will be from 5 to 7 p.m. Wednesday, August 7, 2019 at Freeman Family Funeral Homes and Crematory, Carmony-Ewing Chapel, 819 S. Harrison St. in Shelbyville. Funeral services will be at 7 p.m. Wednesday at the funeral home. Memorial contributions may be made to the Alzheimer’s Association, Greater Indiana Chapter, 50 E 91st St., Suite 100, Indianapolis, Indiana 46240. Online condolences may be shared with Clifford’s family at www.freemanfamilyfuneralhomes.com. -30-
To order memorial trees or send flowers to the family in memory of Clifford B. Sipes, please visit our flower store.