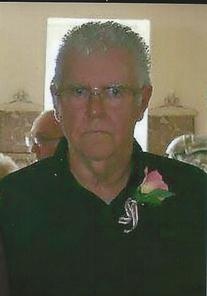 Danny Lee Thurston, 73, of Morristown passed away Tuesday, July 16, 2019 at Morristown Manor in Morristown. He was born October 14, 1945, in Shelbyville, the son of William E. and Maxine A. (Wright) Thurston. Danny is survived by his significant other, Kathy Hoffman of Morristown/Arlington; daughters, Lisa Winkler and husband, Dale, and Pam Thurston, both of Shelbyville, and Robin Browning and husband, Ronald, of Kemah, Texas; son, Billy Thurston and wife, Kimberly, of Flat Rock; sister, Sue Collins of Shelbyville; nine grandchildren; and three great-grandchildren. He was preceded in death by his parents; and a brother, Billy Thurston. Danny was a veteran of the Army National Guard. He was a self-employed in the construction field, retiring in 2012. Danny was a spiritual Christian and enjoyed home Bible studies. He also enjoyed fishing, yard work and playing the guitar for the Children’s Center. Visitation will be from 10:30 am to noon, Friday, July 19, 2019 at Freeman Family Funeral Homes and Crematory, Frazier Chapel, 124 E. North St. in Morristown. Funeral services will be held at noon Friday at the funeral home. Interment will be at Asbury Cemetery in Morristown. Memorial contributions may be made to Especially Kidz, 2325 S. Miller St., Shelbyville, Indiana 46176. Online condolences may be shared with Danny’s family at www.freemanfamilyfuneralhomes.com.
To order memorial trees or send flowers to the family in memory of Danny Lee Thurston, please visit our flower store.