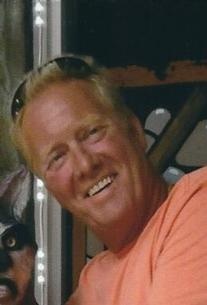 David Allen Kirk, 58, of Gwynneville passed away Saturday, August 4, 2018 in Madison County, Indiana. He was the son of James Eugene Kirk and Sharon Key. David was the best father and grandfather, anyone could ask for to his sons, Jeremy Kirk and David Gossett, both of Greenfield; and daughter, Allison Mullen of Danville, Illinois; sisters, Candy Key and Juanita Key; brother, James Kirk; grandchildren, Hope Kirk, Jackson Kirk, Dustin Mullen and Lily Clark; and many nieces and nephews. He was preceded in death by his parents; step-father, Andrew Jackson Key; and sister, Vada Really. David worked in bridge reconstruction for AK Shannon Excavating in Gwynneville, where he had been a jobsite foreman for the last several years, for over 18 years. He enjoyed fishing, hunting, repairing cars, tinkering, arts and crafts and flower gardening. He also leaves behind his dog, Lucky. Visitation will be from 4 to 8 p.m. Wednesday, August 8, 2018 at Freeman Family Funeral Homes and Crematory, Frazier Chapel, 124 E. North St. in Morristown. Funeral services will be at 11 a.m. Thursday, August 9, 2018 at the funeral home. Interment will be at Asbury Cemetery in Morristown. Online condolences may be shared with David’s family at www.freemanfamilyfuneralhomes.com.
To order memorial trees or send flowers to the family in memory of David Allen Kirk, please visit our flower store.