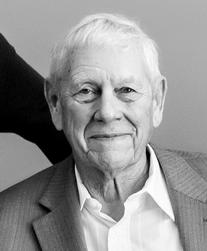 Delbert Lewis Isley, 88, of Corpus Christi, Texas, formerly of Shelbyville, Indiana, passed away Sunday, December 12, 2021 in Corpus Christi, Texas. He was born April 5, 1933, in St. Paul, Indiana, the son of William Floyd and Mary Irene (Bruner) Isley. On September 16, 1956, he married Nancy Fraker, and she preceded him in death on November 20, 2010. Delbert is survived by his daughter, Brenda Wilson and husband, Bob, of Fishers, Indiana; son, Brian Isley and Tracy, of Laguna Beach, California; sister, Josephine Fogle of Greensburg, Indiana; grandchildren, Jennifer (Jesse)White, Kristin (Adam) VanDuyne; Megan Wilson; Kate (John) MacKenzie; Daniel (Leah) Isley;and Danica Isley; great-grandchildren, Abby and Eleanor Van Duyne, Isaac White, and Anderson and Tessa MacKenzie; sister-in-law, Hatsuko Isley of Odessa, Texas; and several nieces and nephews. In addition to Nancy, Delbert was preceded in death by his parents; daughter, Bridgett Isley; and brothers, James Isley and Jack Isley. Delbert graduated in 1951 from Waldron High School. He was a U.S. Army veteran, serving during the Korean Conflict. Delbert was a farmer. He also worked for John Deere in Greenfield and Shelbyville. He was a member of the First Christian Church in Corpus Christi, and a former member of the Evangelical United Church of Christ in Shelbyville. Delbert was also a member of the Indianapolis Scottish Rite and the Waldron Masonic Lodge No. 217 F&AM. He enjoyed collecting John Deere memorabilia and Delbert was a very accomplished woodworker. Graveside services will be held on Thursday, December 30, 2021, at 11:00 am at Pleasant Grove Cemetery in Shelby County. The family asks that in lieu of flowers, memorials may be made to the Shelby County Cancer Society. Services have been entrusted to Freeman Family Funeral Homes and Crematory, 819 S. Harrison St. in Shelbyville. Online condolences may be shared with Delbert’s family at www.freemanfamilyfuneralhomes.com.
To order memorial trees or send flowers to the family in memory of Delbert Lewis Isley, please visit our flower store.