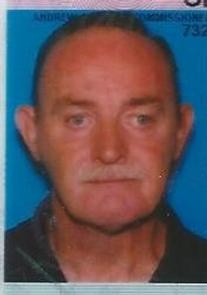 Dennis “Dale” Tucker, 68, of Waldron, formerly of Shelbyville passed away Monday, April 15, 2019 at Richard L. Roudebush Veterans Administration Hospital in Indianapolis. He was born July 11, 1950, in Shelbyville, the son of Dennis Everett and Pauline (Smith) Tucker. Dale is survived by his son, Steven Tucker of Shelbyville; daughters, Kimberly Coons and husband, William “Wylie”, of Shelbyville, and Stephanie Tucker of Richmond; brothers, Doug Tucker and Darrell Tucker, both of Shelbyville; sisters, Connie James and Theresa Heddin, both of Shelbyville; seven grandchildren; and numerous nieces and nephews. He was preceded in death by his parents; and a brother, Danny Tucker. Dale graduated in 1968 from Shelbyville High School. He was a U.S. Marine, serving during the Vietnam Era. Dale attended Faith Trinity Pentecostal Church. He enjoyed reading westerns and science fiction. Private family services will be observed. Services have been entrusted to Freeman Family Funeral Homes and Crematory, 819 S. Harrison St. in Shelbyville. Online condolences may be shared with Dale’s family at www.freemanfamilyfuneralhomes.com.
To order memorial trees or send flowers to the family in memory of Dennis "Dale" Tucker, please visit our flower store.