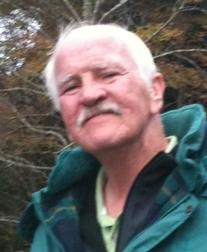 Dennis Lee Hanley “Spunner” died on May 27, 2019 at the age of 74. He was a resident of Shelbyville, IN and born and raised in Indianapolis, IN. Survived by his wife of 54 years Sharon (Downs) Hanley , daughter Leslie (Hanley) Bate (Jeffrey Bate), daughter Julie (Hanley) Such (Joseph Such), six grandchildren: Taylor, Haley, Grace Bate, Sophia, Dennis , and Sylvia Such. Preceded in death by his parents, James and Margaret Aline (Lawn) Hanley, brother Thomas Hanley, and grandson Thomas Bate. He is an alumni of Cathedral High School class of ’64 and leading football scorer of the undefeated ’64 City Champs. After high school, he continued his passion of football while coaching for the Indianapolis Bears for several years. Following graduation, he was employed by Ford Motor Company for 43 years where many friends were made. Dennis was a dedicated husband, father, and grandfather and rarely missed an opportunity to be surrounded by family. He religiously attended all of his grandchildren’s sporting events and always provided helpful advice on the game. When not at sporting event Dennis was found drinking a Diet Coke, watching the news, listening to the police scanner, and giving people hell. Those who knew Dennis would say he was never lacking in a joke and a smile. He will truly be missed by his family and many lifelong friends. Public viewing hours will be Thursday, June 6 from 4pm-8pm at Freeman Family Funeral Home in Shelbyville, IN. Public viewing hours will be held Friday, June 7 from 9am-11am with funeral mass to follow at St. Patrick’s Catholic Church in Indianapolis, IN. In memory of Dennis and his years of dedication at the Gorman Boys Club in Indianapolis, memorial contributions should be made to the Shelbyville Boys and Girls Club. 710 S Miller St. Shelbyville IN.
To order memorial trees or send flowers to the family in memory of Dennis Lee Hanley, please visit our flower store.