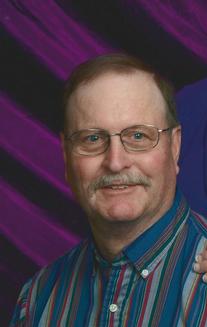 Donald E. “Don” Bowman, 64, of Fairland, passed away Tuesday, March 7, 2017 at his residence. He was born March 27, 1952, in Shelbyville, the son of Ralph and Anna (DeWitt) Bowman. On July 17, 1971, he married his wife of 45 years, Deborah “Debi” Carrier, and she survives. Don is also survived by his mother of Morristown; son, Donald “Matt” Bowman of Louisville, Kentucky; daughter, Audra Bowman of Muskegon, Michigan; brother, Ralph “Tony” Bowman and wife, Jill, of Arlington; sister,, Laurie Horn and husband, Jerry, of Fountaintown; sister-in-law, Terri Bowman of Fairland; and several nieces and nephews. He was preceded in death by his father; and brother, Leonidas “Lonnie” Bowman. Don graduated from Morristown High School in 1970. He was a member of New Life United Methodist Church. Don was a dairy farmer for over 30 years. After farming, he was a custodian at Northwestern School, for the past 15 years. He was also a member of the Brown Swiss Breeders Association and the NRA. Don enjoyed NASCAR, Indiana University basketball and classic cars. Visitation will be from 10 a.m. to noon, Saturday, March 11, 2017 at Freeman Family Funeral Homes and Crematory, Carmony-Ewing Chapel, 819 S. Harrison St. in Shelbyville. Funeral services will be at noon Saturday at the funeral home. Memorial contributions may be made to Wounded Warrior Project, PO Box 758517, Topeka, Kansas, 66675-8517.
To order memorial trees or send flowers to the family in memory of Donald E. "Don" Bowman, please visit our flower store.