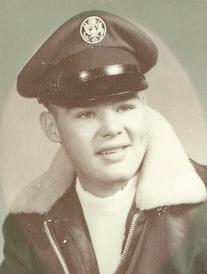 Donald L. “Don” Adkins, 76, of Flat Rock, passed away Thursday, November 4, 2021, at his home. He was born April 13, 1945, in Rushville, the son of Vernon “Talmadge” and Ruth Marceil (Weidner) Adkins. On October 12, 1979, he married Barbara Jane Oldman, and she preceded him in death on May 2, 2009. Don is survived by his daughter, Alana Adkins and fiancé; Billy Jeffries, of Shelbyville; sisters, Judith K. Kuhn and husband, Joseph, of Fountaintown, Patricia Reed of Rushville, Janet Weber and husband, Bob, of Knightstown, and Pamela Vogel and husband, Jeff, of Rushville; granddaughter, Kyrsten Lux; great-granddaughter, Wrenlee Martin; and numerous nieces and nephews. In addition to Barbara, Don was preceded in death by his parents; brother, Dean E. Adkins; and brother-in-law, Tom Reed. Don graduated in 1963 from Arlington High School. He was a member of Saint Joseph Catholic Church. Don was a veteran of the U.S. Air Force, serving in Thailand, as a Staff Sergeant. He retired in 1999, from Allison’s Indianapolis Plant No. 3, where he reworked transmissions for over 30 years. Don was a member of the Knight of Columbus and a 50-year member of the Masonic Lodge. Visitation will be from 10 am to noon, Tuesday, November 9, 2021, at Freeman Family Funeral Homes and Crematory, Carmony-Ewing Chapel, 819 S. Harrison St. in Shelbyville. Funeral services will be at noon, Tuesday at the funeral home. Interment will be at St. Joseph Cemetery in Shelbyville, with military honors conducted by the local military committee. Memorial contributions may be made to Shelbyville-Shelby County Animal Shelter, 705 Hale Road, Shelbyville, Indiana 46176. Online condolences may be shared with Don’s family at www.freemanfamilyfuneralhomes.com.
To order memorial trees or send flowers to the family in memory of Donald L. "Don" Adkins, please visit our flower store.