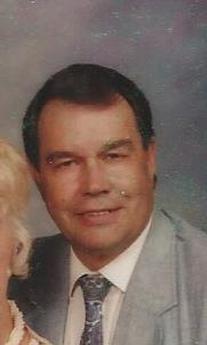 Donnel L. “Don” Dean, 82, of Fountaintown, passed away Saturday, November 10, 2018 at Hancock Regional Hospital in Greenfield. He was born July 25, 1936, in New Palestine, the son of George M. and Mary K. (Miller) Dean. On September 17, 1960, he married his wife of 58 years, Norma Hughes, and she survives. In addition to Norma, Don is survived by his sons, Brian Dean and wife, Misty, of Greenwood, and Darryl Dean and wife, Sandy, of New Palestine; daughter, Heather Klepinger of Morristown; brother, Earnie Dean and wife, Marilyn, of Florida, and Tony Dean and wife, Jackie, of Arizona; sister, Peggy Woods and husband, Jerry, of Arizona; grandchildren, Danielle Dean, Dustin Dean, Donna Dean, Cynthia Klepinger, Annika Dean and Hannah Klepinger; great-grandchildren, Brooklyn Dean and Kingston Dean; several cousins including, Jack Miller and wife, Joyce, of Shelbyville, and Robert Miller and wife, Maggie, of Greenfield; best friend, Hugh Teal and wife, Linda, of Brown County; and several nieces and nephews. Don was preceded in death by his parents; and daughter, Laura Dean. He graduated from Moral Township High School in 1955. Don was a veteran of the U.S. Air Force, serving as a dog handler with the military police. He was a member of Shiloh Christian Church, where he served as an elder. He had also served as an elder at Fountaintown Christian Church and a Sunday school teacher at Fountaintown Methodist Church. Don worked for over 40 years as a computer technician, retiring in 2005. He installed computer systems for many doctors at Hancock Regional Hospital, while working for WEBMD or Medical Manager. He enjoyed golfing, camping on the Ohio River and riding motorcycles. Don loved the water and enjoyed boating and swimming in the pool. Don was also an airplane enthusiast, he had previously owned an ultralight, two seaters and a Beechcraft four seater airplane. He also leaves behind his dog, Coco. Visitation will be from 4 to 8 pm Thursday, November 15, 2018 at Shiloh Christian Church, 4980 South 500 East, Greenfield. Funeral services will be at 10 am Friday, November 16, 2018 at the church, with Pastor Fred Girdwood officiating. Interment will be at Fountaintown Cemetery in Fountaintown. Services have been entrusted to Freeman Family Funeral Homes and Crematory, 124 E. North St. in Morristown. Memorial contributions may be made to Shiloh Christian Church. Online condolences may be shared with Don’s family at www.freemanfamilyfuneralhomes.com.
To order memorial trees or send flowers to the family in memory of Donnel L. "Don" Dean, please visit our flower store.