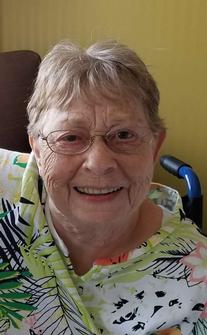 Dora Ann Scott, 82, of Morristown passed away Tuesday, May 4, 2021, at the Franciscan Hospice House in Indianapolis. She was born February 16, 1939, in Shelbyville, the daughter of Harry K. and Anna M. (Dunn) Carter. On June 20, 1964, she married Max Lyman Scott, and he preceded her in death, after 48 years of marriage on May 3, 2013. Dora is survived by her daughter, Roberta Temple of Mesa, Arizona; son, David Scott and wife, Tara, of Morristown; brothers, James R. Carter, Ralph Lynn Carter, and Harry K. Carter, Jr., all of Shelbyville; grandchildren, Gregory Swerdan, Stephanie Kierstead and husband, John, Savannah Scott, Jonathan Scott, Kaitlyn Scott, Lindsay Farmer and Timothy Newby; great-granddaughters, Mila Kierstead, Madison Newby and Nora Newby; and numerous nieces and nephews. In addition to Max, Dora was preceded in death by her parents; sister, Sarah M. Maynard; and brothers, Harvey E. Carter, Walter D. Carter and John W. Carter. Dora retired in 1994, as the supervisory claims examiner at Fort Benjamin Harrison, where she worked 28 years as a civilian and two years in the WACS. She was a member of the Morristown Christian Church, and a 30 plus year member of the Morristown Order of the Eastern Star Lodge No. 316. Dora enjoyed crocheting and sewing. Visitation will be from 4 to 7 p.m. Thursday, May 6, 2021, at Freeman Family Funeral Homes and Crematory, Frazier Chapel, 124 E. North St. in Morristown, with the Eastern Star rites at 6:45 p.m. Funeral services will be 10 a.m. Friday, May 7, 2021, at the funeral home, with Ted Hagel officiating. Interment will be at Asbury Cemetery in Morristown, with military graveside rites conducted by the local military committee. Memorial contribution may be made to the Morristown Christian Church, 209 S. Washington St., Morristown, Indiana 46161. Online condolences may be shared with Dora’s family at www.freemanfamilyfuneralhomes.com.
To order memorial trees or send flowers to the family in memory of Dora Ann Scott, please visit our flower store.