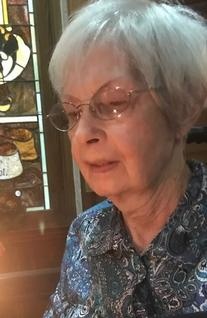 Doris J. Hobbs, 92, of Bartow, Florida, passed away Saturday at her home. The daughter of Romeo and Marie R. (Kendall) Rose, she was born February 22, 1926 in Shelby County, Indiana. She lived there 90 years until moving to Florida to live with her daughter in 2016. Survivors include her daughter, Peggy A. McDonald, also of Bartow, Florida, three grandchildren, Chip McDonald of Bangkok, Thailand, Shannon M. McDonald, of Seoul, South Korea, and Matthew J. McDonald of Mulberry, Florida. She also has two great grandchildren also of Bangkok, Ben and Pailin McDonald. In addition, she is survived by her cousins, friends and her former caregivers, Tom and Judy Flinn. She was preceded in death by her parents and her brother. She graduated from Boggstown High School and from Indiana Business College. She also was a member of First Presbyterian Church of Shelbyville and of Naamah Chapter #73 Order of Eastern Star. During her life, she held several secretarial positions in the local area including at the War Production Board, New York Central, General Electric Corporation, REMC, and Indiana State Teachers Association. Her last position was as a PBX Operator at Major Hospital where she worked the evening shift for 19 years until retiring at age eighty. In addition to paid positions, Mrs. Hobbs served as a volunteer at Major Hospital for 27 years until 2016. She enjoyed all of her volunteer friends and supervisor, Linda Bacon. Visitation will be from 4-7, Tuesday, February 5, 2019 at Freeman Family Funeral Homes and Crematory, Carmony-Ewing Chapel, 819 S. Harrison St. in Shelbyville. A memorial service at 10 AM, Wednesday, February 6, 2019 at the funeral home, with Rev. Mark Morningstar officiating. Burial will be at Forest Hill Cemetery in Shelbyville. Memorial contributions may be made to Our Hospice of Decatur /Shelby, 2626 17th Street, Columbus, Indiana 47201. Online condolences may be shared with Doris’ family at www.freemanfamilyfuneralhomes.com.
To order memorial trees or send flowers to the family in memory of Doris Jean Hobbs, please visit our flower store.