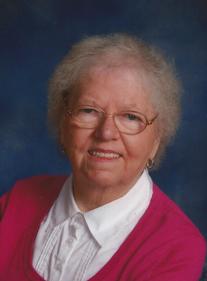 Dorothy Louise McNeely, 87, a lifelong Shelby County resident, passed away Wednesday, November 7, 2018 at Ashford Place Health Campus in Shelbyville. She was born October 3, 1931, in Morristown, the daughter of Orville and Ruth (Davis) Branson. On February 19, 1951, she married Charles M. McNeely, and he preceded her in death on March 25, 1989. Dorothy is survived by her sons, William McNeely of Indianapolis, Randall McNeely and wife, Barb, John McNeely and wife, Shari, and Joe McNeely, all of Shelbyville; brothers, Robert Branson and wife, Chris, and Harold Branson and wife, Rose, both of Shelbyville, and Tom Branson and wife, Judy, of Morristown; sister-in-law, Barbara Branson of Rays Crossing; grandchildren, Brent McNeely and wife, Tiffany, Ricky McNeely, Brad McNeely and wife, Lori, Nolan Kuhn and fiancé’, Samantha Camden, Conner McNeely, Mary Beth McNeely, Carly McNeely and Ross McNeely; great-grandchildren, Kadyn McNeely, Keagan McNeely, Ella McNeely, Blake McNeely and Ethan Kuhn; and several nieces and nephews. In addition to Charles, Dorothy was preceded in death by her parents; sisters, Frances Hasecuster and husband, Jack, and Edna Mae Branson; brothers, William “Bud” Branson and wife, Velma, John Branson, and Gerald Branson and wife, Nell. Dorothy graduated from Morristown High School in 1949, after high school she continued her education by taking business classes. She was a member of West Street United Methodist Church. Dorothy formerly worked as a court reporter, prior to working in medical records at Major Hospital for 30 years, retiring in 1994. She was also a member of a home economics club. Dorothy enjoyed playing euchre and was a member of a card club for over 30 years. Dorothy was a loving and devoted mother and grandmother, and cherished the time she spent with her family. In 1965, she received the much deserved award of “Mother of the Year.” After moving to Ashford Place, she enjoyed the many activities she participated in, especially bingo. Visitation will be from 2 to 6 p.m. Sunday, November 11, 2018 at Freeman Family Funeral Homes and Crematory, Carmony-Ewing Chapel, 819 S. Harrison St. in Shelbyville. Funeral services will be at 10 a.m. Monday, November 12, 2018 at the funeral home. Interment will be at Forest Hill Cemetery in Shelbyville. Memorial contributions may be made to the West Street United Methodist Church, 629 S. West St., Shelbyville, Indiana 46176. Online condolences may be shared with Dorothy’s family at www.freemanfamilyfuneralhomes.com.
To order memorial trees or send flowers to the family in memory of Dorothy Louise McNeely, please visit our flower store.