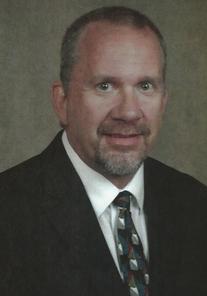 Dr. David H. Muth, native of Shelbyville, passed away peacefully at his home in Sarasota, Fla., on June 3 after an extended illness. He was born April 1, 1960 in Sarasota but moved to Shelbyville shortly after his birth. He was the son of Vic of Sue Muth, Shelbyville. David and his siblings grew up on Van Avenue, where their home and surrounding backyards served as the epicenter for neighborhood baseball and basketball games and other contests. Friends and family remember David as the “towheaded lefty first baseman” and fondly recall his time playing on the championship Little League teams (Tastee-Freeze!) as well as Knothole league teams. He was finally rewarded for his life-long devotion to the Chicago Cubs when the Cubs won last year’s World Series. He dreamed of becoming a professional baseball player but grew “tired of being a benchwarmer” and pursued a career in medicine instead. A 1978 graduate of Shelbyville High School, he earned his undergraduate degree from Franklin College in 1982 and graduated from the Indiana University School of Medicine in 1986. He practiced anesthesiology for 23 years and was president of the Sarasota Anesthesiologist PA Group (Sarasota Memorial Hospital). Due to illness, he retired in 2013. David is remembered by his family, friends, colleagues and patients for his easy-going personality, friendly manner, keen sense of humor and gentle spirit. He loved spending time with his family, especially on cruises. He made the best of living in Florida, spending time outdoors kayaking and fishing off his dock. He was a deacon in his church and a youth leader. HIs all-time favorite film was 1952’s “High Noon” the classic western starring Gary Cooper. He also loved “Princess Bride” and the “Lord of the Rings” films and played a mean game of “Words With Friends.” He is survived by wife Amy (Fair), daughters Rachel and Katheryne, two grandchildren all of Sarasota; sister Diane (Thompson) of Bloomington, Ill., and brother Daniel of Atlanta, Ga., and many nieces and nephews. His parents preceded him in death. A funeral service is scheduled for Saturday, June 10 at 11 AM at the Shelbyville Community Church, 720 N. 325 E, Shelbyville. Viewing is from 10 to 11 AM. Burial will immediately follow in Forest Hill cemetery. Services have been entrusted to Freeman Family Funeral Homes and Crematory, 819 S. Harrison St. in Shelbyville. In lieu of flowers, the family asks for donations to the Multiple System Atrophy Coalition. Please dedicate your donation in the name of Dr. David Harold Muth and check “please send an acknowledgment” box. http://bit.ly/2rtYIlZ
To order memorial trees or send flowers to the family in memory of Dr. David Muth, please visit our flower store.