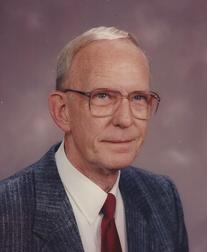 Dr. Paul M. Inlow, 88, of Shelbyville, passed away Tuesday, February 7, 2017 at IU Health Methodist Hospital in Indianapolis. He was born November 22, 1928 in Shelbyville, the son of Dr. Herbert H. and Opal (Martyn) Inlow. He married Joan (Hitchcock) Inlow, on September 8, 1948, and she preceded him in death on November 22, 2007. Dr. Inlow is survived by his sons, David Inlow of Durango, Colorado, and Mark Inlow and wife, Jennifer, of Terre Haute; and sisters, Petie Gehres and Danny Roberts, both of Cortez, Colorado. He graduated from Shelbyville High School in 1946, Indiana University in 1950 and Indiana University Medical School in 1956. Dr. Inlow was a member of First United Methodist Church. He was a captain in the U.S. Army and was stationed in Ft. Lee, Viriginia where he served as a radiologist from 1960 to 1962. After his discharge, he was a radiologist with Major Hospital from 1962 to 1997. Dr. Inlow was awarded the Sagamore of the Wabash in 1998 from Governor Frank O’Bannon. He served as Shelby County coroner from 1968 to 1972, and was in charge of the Allegheny Airlines crash on September 9, 1969, which resulted in 83 deaths. Dr. Inlow was a Fellow of the American College of Radiology and was a member of numerous medical societies including the Cancer Association of Shelby County, which he served as president for many years. Private family services will be observed. Services have been entrusted to Freeman Family Funeral Homes and Crematory, 819 S. Harrison St. in Shelbyville. Memorial contributions may be made to the Cancer Association of Shelby County, PO Box 844, Shelbyville, Indiana 46176 or the donor’s choice of charity.
To order memorial trees or send flowers to the family in memory of Dr. Paul M. Inlow, please visit our flower store.