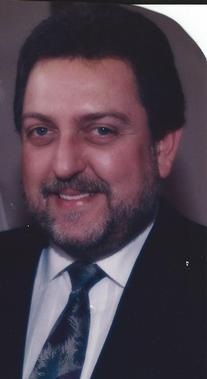 Dr. Robert “Lynn” Johnson, 72, of Shelbyville passed away Friday, November 15, 2019 at Heritage House of Shelbyville. He was born May 15, 1947 in Muncie, the son of Robert Guy and Jane Alice (Hunt) Johnson. On January 8, 1994, he married his wife of 25 years, Shelley Wisehart, and she survives. In addition to Shelley, Lynn is survived by his daughter, Jennifer Johnson of Muncie; mother-in-law, Mary Denton of Shelbyville; sister-in-law and brother-in-law, Laura Riester and husband, John, of Louisville; mother of his daughter, Susan Danner of Muncie. He was preceded in death by his parents; and father-in-law, Robert Wisehart. Lynn graduated in 1965 from Muncie Central High School, Ball State University in 1969, and Indiana University School of Optometry in 1973. He was an optometrist in Shelbyville from 1976, until retiring in 2009. Lynn was a member of Sigma Chi Fraternity and the Indiana Optometry Association. He a former member of the Benevolent and Protective Order of the Elks. He was a lifetime tennis player and enjoyed watching Indiana University basketball. Lynn became an Eagle Scout at the age of 13 years. A gathering of friends will be from 6 to 8 p.m. Friday, November 22, 2019 at Freeman Family Funeral Homes and Crematory, Carmony-Ewing Chapel, 819 S. Harrison St. in Shelbyville. Memorial contributions may be made to SCUFFY, 126 N. Harrison St., Shelbyville, Indiana 46176 or Shelbyville-Shelby County Animal Shelter, 705 Hale Road, Shelbyville, Indiana 46176. Online condolences may be shared with Lynn’s family at www.freemanfamilyfuneralhomes.com.
To order memorial trees or send flowers to the family in memory of Dr. Robert "Lynn" Johnson, please visit our flower store.