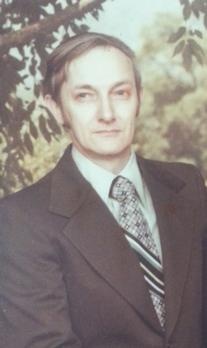 Earl Spurling, 88, of Shelbyville passed away May 22, 2020, at Morristown Manor in Morristown. He was born June 13, 1931, in Marion County, Kentucky, the son of John Thomas and Bessie Edith (Lyons) Spurling. On April 30, 1950, he married Carol Stiers, and she preceded him in death in September of 1997. In May of 1999, he married Norma Holderness, and she also preceded him in death, in December of 2014. Earl is survived by his son, Gary Spurling of Shelbyville; daughters, Deborah Phelps and husband, Daniel, of Shelbyville, and Elizabeth Smith and husband, Chester, of Edinburgh; grandchildren, Harold Delph Jr. and wife, Jeanne, Amy Delph and partner, Andrea Wilson, Kerrie Pitts and husband, Reggie, Chester Smith Jr. and wife, Erin, and Brandi Stewart and husband, Zach; 22 great-grandchildren; three great-great-grandchildren; and several nieces and nephews. He was preceded in death by his parents; sisters, Hattie Bright and Lorraine Wise; and brothers, George “Alvin” Spurling, Afton “Burr” Spurling and Henry Spurling. Earl was a member of the Jehovah Witness Kingdom Hall. He owned and operated, S & S Household Maintenance, retiring in 2009. Earl had previously worked at Freightliner for 17 years. He was also a plumber and “Jack of all trades.” Earl enjoyed tinkering and piddling. He also enjoyed riding motorcycles and fishing. He cherished the time he spent with family. Visitation will be from noon to 2 p.m. Wednesday, May 27, 2020 at Freeman Family Funeral Homes and Crematory, Carmony-Ewing Chapel, 819 S. Harrison St. in Shelbyville. Funeral services will be at 2 p.m. Wednesday at the funeral home, with David Fine officiating. Interment will be at Forest Hill Cemetery in Shelbyville. Online condolences may be shared with Earl’s family at www.freemanfamilyfuneralhomes.com.
To order memorial trees or send flowers to the family in memory of Earl Spurling, please visit our flower store.