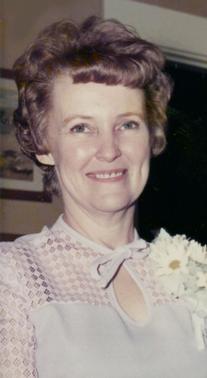 Esther Zahnd, 90, of Fairland, passed away Friday, September 22, 2017 at her residence. She was born September 24, 1926, in Milltown, the daughter of Charles and Mary Jane (Stephenson) Crandall. On May 31, 1947, she married Ernest R. Zahnd, Jr., and he preceded her in death on October 2, 2003. Esther is survived by her sons, Paul Zahnd, Charles Zahnd, and Joseph Zahnd and wife, Patsy, all of Fairland, and Stephen Zahnd of Shelbyville; daughter, Patricia Proctor and husband, Bill, of Mooresville; grandchildren, Margaret Proctor Lyles and husband, Austin, William C. Proctor, Carolyn Zahnd Singer and husband, Shawn, and Joseph Patrick Zahnd; great-grandchildren, Jacob Elliot, Jonah Kelly, Clayton Zahnd, Aryah Zahnd and Dylan Zahnd; and numerous nieces and nephews. She was preceded in death by her parents; brothers, Leon Crandall and Eldridge Crandall; sisters, Fern Crandall Hill, Olive Crandall Wyman, Lorraine Crandall Wyman and Sylvia Byrd; and grandsons, Eric Zahnd and Ryan Zahnd. Esther graduated from Milltown High School in 1944. She was a member of St. Joseph Catholic Church. Esther retired from the US Postal service in 1988, with 20 years of service. In 1945, she worked in a factory in Corydon and was one of the original “Rosie the Riveters.” She enjoyed collecting antiques, especially glassware, including depression glass. Esther was an avid reader. She made homemade pies each week and sold them at the farmers market in Shelbyville. A gathering of friends and family will be from 8:45 to 9:45 a.m. Wednesday, October 4, 2017 at Freeman Family Funeral Homes and Crematory, Carmony-Ewing Chapel, 819 S. Harrison St. in Shelbyville. A Mass of Christian Burial will be at 10 a.m. Wednesday, at St. Joseph Catholic Church, 125 E. Broadway St. in Shelbyville. Memorial contributions may be made to St. Joseph Catholic Church. Online condolences may be shared with Esther’s family at www.freemanfamilyfuneralhomes.com.
To order memorial trees or send flowers to the family in memory of Esther Zahnd, please visit our flower store.