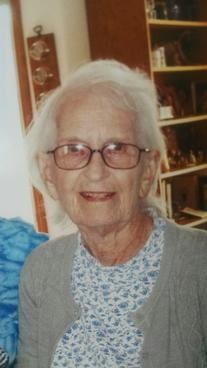 Estolle Thralls Gross (94) of Columbus, IN passed away on April 3, 2019. Wife of the late Charles J. Gross, Jr. and sister of the late Betty Lou Randall (Maurice). She is survived by her daughter Madalene Roberts, her son Charles III (Diane) and grandchildren Erin and Charles IV. Estolle was born October 26, 1924 in Shelbyville, IN. She was married to the late Charles J. Gross Jr. on April 18, 1959 and moved to Philadelphia. Estolle graduated from Shelbyville High School in 1943. She attended the University of Kentucky and Butler University for Medical Technology (MT). As an MT, she worked for the US Government during World War II and the Korean War at Camp Atterbury and the VA hospital in Durham, N.C.. She was the Education Coordinator at Fitzgerald Mercy Hospital School of Medical Technology, a faculty member at Thomas Jefferson University and Temple University. And taught master courses in Parasitology at Southeastern Massachusetts. Upon returning back to Indiana, she worked in the lab at Shelbyville Hospital and Columbus Regional Hospital and also took blood gases on horses at the Indian Downs Racetrack. She has given numerous workshops on parasitology and helped write the Standards for the NACCLS on parasites and blood parasites. Estolle was active in many associations including the PSMT/PSCLS, Girl Scouts for over 60 years, Daughters of the American Revolution (DAR), Shelbyville Historical Society. She worked as a substitute teacher for Columbus area schools and volunteered at the First Baptist Church of Columbus and the McDowell literacy/ESL program. She loved to travel and visited many countries including New Zealand, Australia, Japan, Europe, Tibet, and China. Her favorite country was Thailand where she visited and worked at the Kwai River Christian Hospital, McCormick Hospital and the School of Nursing in Chiangmai setting up labs for malaria/parasitology and teaching English. Her hobbies included scrimshaw, knitting, playing the piano and organ, and teaching children. She will be greatly missed by her family and friends. Visitation will be from 9:30 to 11 a.m. Monday, April 8, 2019 at First Baptist Church, 3300 Fairlawn Drive in Columbus. Funeral services will be at 11 a.m. Monday at the church, with Dr. Daniel Cash officiating. Interment will be at Forest Hill Cemetery in Shelbyville. Services have been entrusted to Freeman Family Funeral Homes and Crematory, 819 S. Harrison St. in Shelbyville. Memorial contributions may be made to First Baptist Church, 3300 Fairlawn Drive, Columbus, Indiana or McDowell Education Center, 2700 McKinley Avenue, Columbus, Indiana 47201. Online condolences may be shared with Estolle’s family at www.freemanfamilyfuneralhomes.com.
To order memorial trees or send flowers to the family in memory of Estolle Thralls Gross, please visit our flower store.