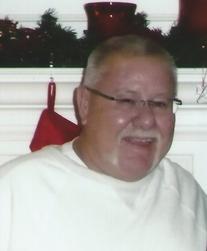 Gary Frank Abrams, 63, of Fairland, passed away Thursday, September 21, 2017 at his residence. He was born June 21, 1954, in Beech Grove, the son of Frank Leslie and Nora Geneva (Thatcher) Abrams. On September 3, 1977, he married his wife of 40 years, Patricia Sue “Susie” Abrams, and she survives. In addition to his wife, Gary is survived by his daughter, Christina Abrams of Fairland; sisters, Sherry Apple and husband, Armin, of McCordsville, and Kathy Samuelson and husband, Jim, of Greenfield; brother, Kevin Abrams of Anderson; grandchildren, Maycie Abrams, Taylor Prange and Dylan Prange; and numerous nieces and nephews. He was preceded in death by his parents; sisters, Patty Abrams and Sandy Woods; and brother, Rickie Abrams. Gary graduated from Warren Central High School in 1972, and attended an apprenticeship at University of Pennsylvania. He was the current president of J.A. Fire Protection, Inc. and a 45-year member of Union Local No. 669. Gary enjoyed motorcycles, camping and watching NASCAR and Indy car racing. He was very family oriented and loved the time he spent with his grandchildren. Visitation will be from 4 to 7 p.m. Thursday, September 28, 2017 at Freeman Family Funeral Homes and Crematory, Carmony-Ewing Chapel, 819 S. Harrison St. in Shelbyville. Funeral services will be at 7 p.m. Thursday at the funeral home, immediately following the funeral you are welcome to join in Gary’s last ride. Memorial contributions may be made to the American Diabetes Association, 8604 Allisonville Road, Suite 140, Indianapolis, Indiana 46250. Online condolences may be shared with Gary’s family at www.freemanfamilyfuneralhomes.com.
To order memorial trees or send flowers to the family in memory of Gary Frank Abrams, please visit our flower store.