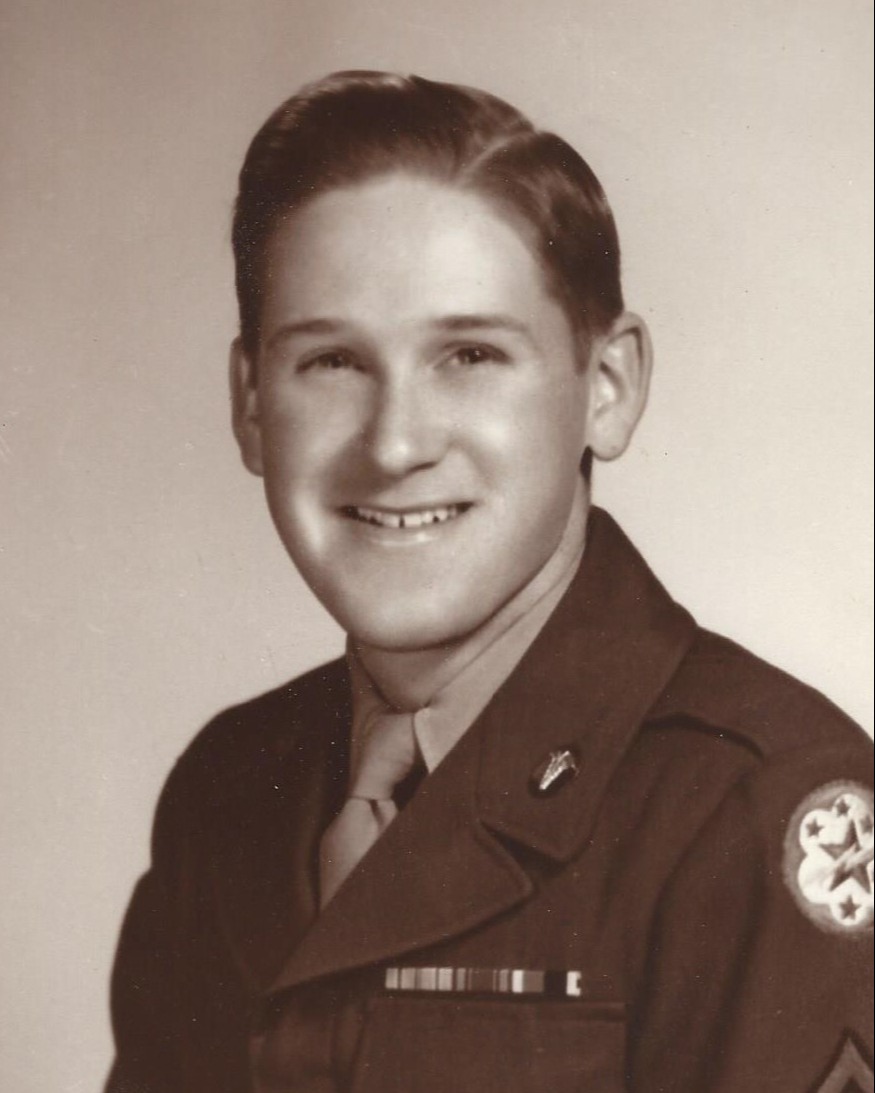 He was born June 21, 1925, in Union Township, Shelby County, son of Clyde and Vivian (Gray) Wicker. He married Mary Myrtle Stewart on May 8, 1948, and she survives. They were happily married for over 74 years.

He was valedictorian of his 1943 Morristown High School graduating class and was a long-time attendee of the Morristown High School Alumni Association. He drove a school bus and the fan bus to basketball games. He was elected to the initial Shelby Eastern School Board, serving for eight years and as president. He was a member of the Friends of the Shelbyville Carnegie Library. He enjoyed reading books and working crossword puzzles.

Mr. Wicker had a long history with the Bluebird in Morristown. He was born the year the restaurant opened, ate lunch costing a quarter at the Bluebird every day with Jim Wilson during his senior year of high school, was a regular member of the Round Table, and passed away on the day the restaurant closed.

He served in the U.S. Army during World War II, training as a Sherman tank driver. He then served in Okinawa in a Mobile Surgical Army Hospital (MASH), earning the rank of Staff Sergeant. He participated in an Honor Flight for veterans to Washington, D.C., on April 1, 2017. He was a member of the Willard Hensley Post No. 102 of the American Legion and of the Sons of the American Revolution.

Mr. Wicker was a past member and Trustee of Morristown United Methodist Church and was an active member and past Trustee of Little Blue River Baptist Church.

Visitation will be from 4:00 to 7:00 p.m. Wednesday, December 21, at Freeman Family Funeral Homes and Crematory, Frazier Chapel, 124 E. North St. in Morristown.

Funeral service will follow at 10:00 a.m. Thursday, December 22, in Morristown.

Interment will be at Asbury Cemetery in Morristown.

Memorial contributions may be made to the Velma Wortman Morristown Branch-Shelby County Public Library.

Online condolences may be shared with Gene’s family at www.freemanfamilyfuneralhomes.com.

To order memorial trees or send flowers to the family in memory of Gene Gray Wicker, please visit our flower store.