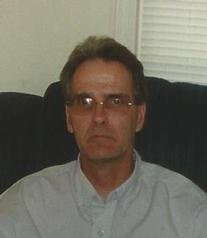 George D. Lahey, 71, of Shelbyville passed away Thursday, March 28, 2019 at Heritage House of Shelbyville. He was born February 21, 1948 in Two Rivers, Wisconsin, the son of Peter James and Dorothy Jean (Smith) Lahey. In 1997, he married Peggy Wynn (Knopp), and she preceded him in death on April 19, 2016. George is survived by his son, George Lahey Jr. of Shelbyville; sister, Helen Orman of Franklin; brothers, Norman Lahey and wife, Pamela, of Danville, and Arthur Lahey and wife, Patty, of Jonesville, Virginia; step-sons, Kenneth Carlton, and Kevin Carlton and wife, Robin, both of Gwynneville; step-daughter, Teresa Carlton of Gwynneville; step-daughter-in-law, Connie Carlton of Morristown; several grandchildren and great-grandchildren; and numerous nieces and nephews. In addition to Peggy, George was preceded in death by his parents; and step-son, Robert Elmer Carlton. George graduated in 1966 from Triton Central High School. He was formerly a member of Fairland Baptist Church and was currently a member of Morristown Christian Church. After working for several years, George retired from Tepack in Danville, Illinois in 1998. He enjoyed playing pool, reading, and cards and board games. George loved animals and was preceded in death by his dog, Merry. Visitation will be from 4 to 6 p.m. Tuesday, April 2, 2019 at Freeman Family Funeral Homes and Crematory, Carmony-Ewing Chapel, 819 S. Harrison St. in Shelbyville. Funeral services will be at 6 p.m. Tuesday at the funeral home, with Rev. Fred Hickman officiating. Committal will be at 11 a.m. Wednesday, April 3, 2019 at Asbury Cemetery in Morristown. Memorial contributions may be made to the National Multiple Sclerosis Society, PO Box 4527, New York, New York, 10163. Online condolences may be shared with George’s family at www.freemanfamilyfuneralhomes.com.
To order memorial trees or send flowers to the family in memory of George D. Lahey, please visit our flower store.