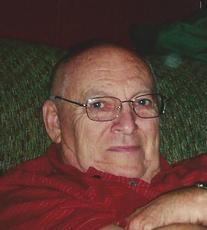 Harlan E. Burris, 77, of Gwynneville, passed away Saturday, December 1, 2018 at Community Hospital North in Indianapolis. He was born December 13, 1940, in Rushville, the son of George and Opal (Six) Burris. On September 3, 1967, he married his wife of 51 years, Vera Krammes, and she survives. In addition to Vera, Harlan is survived by his sons, Brian Burris and wife, Aimee, of Fountaintown, and Mark Burris of DeMoine, Washington; daughter, Kristi Bentley and husband, Carl, of Morristown; brothers, George Burris and wife, Gloria, of Morristown, Allen Burris and wife, Marlene, and Henry Burris, both of Connersville; sisters, Alice Duerigen of Florida, Judy Baker of Indianapolis, and Sharon Turner and husband, Kenny, of Roachdale; grandchildren, Bryce, Bethany, Brayden, Megan, Morgan, Mason, Lexxi and Dakota; great-grandchildren, Braelyn and Adalynn; and numerous nieces and nephews. He was preceded in death by his parents; brother, Charles Burris; and sister, Carolyn Jones. Harlan graduated from Arlington High School. He was a member of the Little Blue River Friends Church. Harlan retired from Borden Ice Cream in 2002, with over 30 years of service. He enjoyed gardening and tinkering in his barn. Visitation will be from 5 to 8 p.m. Wednesday, December 5, 2018 at Freeman Family Funeral Homes and Crematory, Frazier Chapel, 124 E. North St. in Morristown. Funeral services will be at 10 a.m. Thursday, December 6, 2018 at the funeral home, with his grandson, Rev. Dakota Bentley officiating. Interment will be at Goddard Cemetery. Memorial contributions may be made to the Gwynneville Christian Church, 7104 E. Mulberry St., Gwynneville, Indiana 46144. Online condolences may be shared with Harlan’s family at www.freemanfamilyfuneralhomes.com.
To order memorial trees or send flowers to the family in memory of Harlan E. Burris, please visit our flower store.