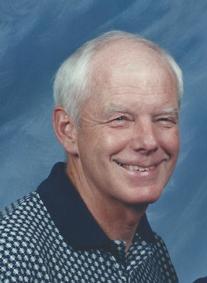 Harold Arthur Cooper, 79, a lifelong Shelbyville resident, passed away Monday, October 23, 2017 at his residence. He was born March 10, 1938, in Shelbyville, the son of Henry and Verna (Chappelow) Cooper. On March 12, 1960, he married Sharon Cooper, and she preceded him in death on September 30, 2015. Harold is survived by his daughter, Laura Marie Gage and husband, Lynn, of Warsaw; sons, Michael J. Cooper of Greenfield; brother, Donald Cooper of Columbus; sister, Rose Allen of Shelbyville; grandchildren, Christina Mahanic, Justin Mahanic and wife, Beth, David Cooper, Emily Fletcher and Devon Cooper; and great-grandchildren, Michael Cooper, Dayton Cooper and Jacoby Fletcher. He was also preceded in death by his parents; and son, Brett E. Cooper. Harold graduated in 1956. He was a charter member of Town and Country Christian Church, and served on the building committee. Harold was formerly a barber at Craig Barber Shop from 1958 to 1971, and then was an engineering specialist at Major Hospital from 1971 until retiring in 2013. He volunteered for the Shelbyville Parks Department and enjoyed riding his motorcycle. Harold participated in the Senior Softball Association and was honored to have a softball diamond named after him at the Blue River Memorial Park. Visitation will be from 9:30 to 11:30 a.m. Saturday, October 28, 2017 at Town and Country Christian Church, 2133 Tucker Road in Shelbyville. Funeral services will be at 11:30 a.m. Saturday at the church, with the Revs. Dennis Hirschauer and Ian Farnsley officiating. Interment will be at Fairland Cemetery in Fairland. Services have been entrusted to Freeman Family Funeral Homes and Crematory, 819 S. Harrison St. in Shelbyville. Memorial contributions may be made to the Cancer Association of Shelby County, PO Box 844, Shelbyville, Indiana 46176 or Our Hospice of South Central Indiana, 2626 17th St., Columbus, Indiana 47201. Online condolences may be shared with Harold’s family at www.freemanfamilyfuneralhomes.com.
To order memorial trees or send flowers to the family in memory of Harold Arthur Cooper, please visit our flower store.