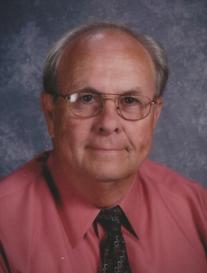 Harold Kenneth “Butch” Lawson, 79, of Shelbyville passed away Tuesday, August 18, 2020, at MHP Medical Center in Shelbyville. He was born June 30, 1941, in Greensburg, the son of Herman Leo Lawson and Margaret J. (Cline) Jester. On June 15, 1963, he married his wife of 57 years, Ann Staats, and she survives. In addition to Ann, Harold is survived by his sons, Aaron Lawson of Shelbyville, and Brian Lawson and wife, Valeri, of Grand Rapids, Michigan; brother, Jerry Lawson and wife, Cynthia, of South Carolina; grandchildren, Bennett Lawson and Anna Lawson; best friend, Stephen Slaton of Lufkin, Texas; and several nieces and nephews. Harold was preceded in death by his parents; son, Craig Lawson; brother, Dennis Lawson; and granddaughter, Victoria Lawson. He graduated in 1959 from Shelbyville High School, and continued his education at Franklin College. He received a Masters degrees from Indiana University in Educational Psychology. Harold taught English and Literature at Greenwood High School for over 20 years. He was also a professor at Franklin College, where he coached football and wrestling. Harold was inducted into the Franklin College Athletic Hall of Fame. He owned and operated Yager Bowling Service for over 15 years. Harold was a member of Phi Delta Theta Fraternity. He enjoyed books often reading pieces by Robert Frost and Ernest Hemingway. A Celebration of Harold’s life will be held at a later date. Services have been entrusted to Freeman Family Funeral Homes and Crematory, 819 S. Harrison St. in Shelbyville. Memorial contributions may be made to the Shelbyville-Shelby County Animal Shelter, 705 Hale Road, Shelbyville, Indiana 46176. Online condolences may be shared with Harold’s family at www.freemanfamilyfuneralhomes.com.
To order memorial trees or send flowers to the family in memory of Harold Kenneth "Butch" Lawson, please visit our flower store.