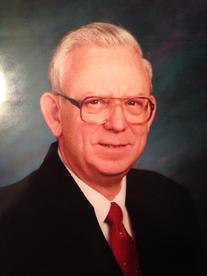 Harry Earl Smith, 76, of Shelbyville, passed away Friday, January 6, 2017 at Ashford Place Health Campus in Shelbyville. He was born January 2, 1941, in Cheboygan, Michigan, the son of Harry L. and Marjorie (Bass) Smith. On January 7, 1962, he married Eula Irene “EI” Bowlby, and she survives. Harry is also survived by his daughter, Trudy Ann Smith of Indianapolis; sisters, Peggy Jane Wiley of The Villages, Florida and Charlotte Ann Myer and husband, Lloyd, of Inverness, Florida; brother, Robert Smith and wife, Janice, of Bloomington; son-in-law, Larry Rosen of Indianapolis. He was preceded in death by his parents; and daughter, Deborah Irene Rosen. Harry graduated from Shelbyville High School in 1959. He retired from Sandman Brothers as finance manager in 2006, with 25 years of service. Harry was a member of the Benevolent and Protective Order of the Elks Lodge No. 1307 in Rushville. He served as president of the Shelbyville Elks Lodge No. 457, on four occasions. Harry also served as president of the Southeast District Indiana Elk and the Indiana Elks. He was Grand Lodge Representative for Southeast Indiana. Harry formerly served as past chairman of the National Auditing and Counting committee, as well as the Midwest National Elks Auditing and Counting committee. Visitation will be from 4 to 7 p.m. Tuesday, January 10, 2017 at Freeman Family Funeral Homes and Crematory, Carmony-Ewing Chapel, 819 S. Harrison St. in Shelbyville, with the Elk memorial service at 7 p.m. Funeral services will be at 10 a.m. Wednesday, January 11, 2017 at the funeral home, with Pastor Cliff Bunch officiating. Interment will be at Forest Hill Cemetery in Shelbyville. Memorial contributions may be made to the Elks National Foundation, 2750 N. Lakeview Ave, Chicago, IL 60614-2256 or Indiana Elks Cancer Fund, in care of Noblesville Elks Lodge, PO Box 306, Noblesville, IN 46060.
To order memorial trees or send flowers to the family in memory of Harry Earl Smith, please visit our flower store.