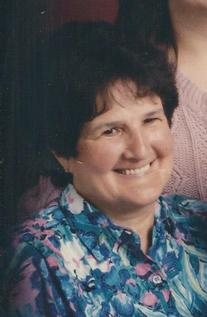 Ida Viola “Vi” Sawyers, 80, of Morristown passed away Thursday, August 15, 2019 at Morristown Manor in Morristown. She was born October 31, 1938, in Buchanan, Virginia, the daughter of Jimmy and Leona Gormer. On August 22, 1957, she married Richard Sawyers, and he preceded her in death on August 1, 1989. Vi is survived by her daughter, Teresa Gross and husband, Matt, of Morristown; sons, Danny Sawyers of Greenfield, Tony Sawyers of Richmond, Virginia, and Joe Sawyers of Norfolk, Virginia; sisters, Ann Sawyers and Charlotte Schumacher and husband, Roger, all of Indianapolis; grandchildren, Jennifer Sawyers, Kristina Osborne, Chris Sawyers and Ariel Whitfield; several great-grandchildren; and numerous nieces and nephews. In addition to Richard, Vi was preceded in death by her parents; several brothers and sisters; and daughter-in-law, Brenda Sawyers. Vi was a member of the Morristown Christian Church. She was formerly a Certified Nurses Aide at Morristown Manor. Vi enjoyed reading and going for walks. Visitation will be from 5 to 7 p.m. Tuesday, August 20, 2019 at Freeman Family Funeral Homes and Crematory, Frazier Chapel, 124 E. North St. in Morristown. Funeral services will be at 7 p.m. Tuesday at the funeral home, with Rev. Bill Horner officiating. Inurnment will be at Asbury Cemetery at a later date. Memorial contributions may be made to the Alzheimer’s Association, Greater Indiana Chapter, 50 E. 91st St., Suite 100, Indianapolis, Indiana 46240. Online condolences may be shared with Vi’s family at www.freemanfamilyfuneralhomes.com.
To order memorial trees or send flowers to the family in memory of Ida Viola "Vi" Sawyers, please visit our flower store.