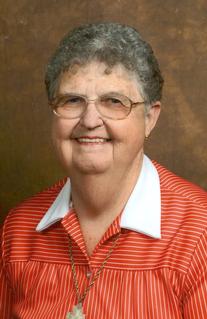 Isabelle Huber passed peacefully at Hickory Creek at Franklin on the morning of February 12. She was born June 11, 1939, in Fairland, as the first of seven children to Virgil and Florene (Kehrt) Kroening. She is survived by her only child, Clinton Huber, and her daughter-in-law, Jana Huber, of Greenwood. Isabelle was preceded in death by her husband, William Huber. She worked on the farm by his side, and together they ran a dependable and successful operation that sustained the family for decades. Her staple was hauling grain to the elevator. When she worked at the elevator in Fairland, she met William, and they later married. Prior to their marriage, she worked with her father on their family farm by performing such tasks as milking cows. In addition to being a hard-worker, she was a wonderful mother and friend who would do anything for anyone, and without fail, put the needs of others ahead of her own. She connected with many people in Shelby County in a variety of places, but the one constant was everyone had glowing remarks about her. She enjoyed participating in activities with both her church, New Life United Methodist Church in Fairland, and her senior club in Fairland. She was the treasurer for years at her TOPS weight loss group, and she enjoyed watching horse races at both the casino and the Shelby County Fairgrounds. She was instrumental in helping raise funds to rebuild the grandstand. She also enjoyed working at the dairy bar at the fair, where she achieved almost legendary status of serving chocolate milkshakes and grilled cheese. If anything would override that lofty reputation, it was her homemade noodles. She was also a master at baking pies. They were so tasty that one time the owners of a small business asked her if she would make them to sell at their fruit store! Visitation will be from 4 to 6 p.m. Wednesday, February 16, 2022, at Freeman Family Funeral Homes and Crematory, Carmony-Ewing Chapel, 819 S. Harrison St. in Shelbyville. Funeral services will be at 6 p.m. Wednesday at the funeral home, with Pastor Jolita Erbele officiating. Inurnment will be at Fairland Cemetery in Fairland at a later date. Services have been entrusted to Freeman Family Funeral Homes and Crematory, 819 S. Harrison St., in Shelbyville. We respectfully ask that you do not send flowers, but rather make a donation to either New Life United Methodist Church, 6145 N 400 W, Fairland, Indiana 46126 or the Shelbyville-Shelby County Animal Shelter, 705 Hale Road, Shelbyville, Indiana 46176. Online condolences may be shared with Isabelle’s family at www.freemanfamilyfuneralhomes.com.
To order memorial trees or send flowers to the family in memory of Isabelle Huber, please visit our flower store.