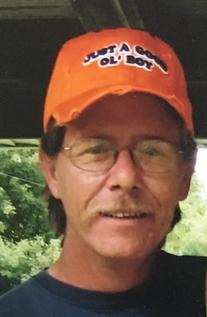 James A. Lytle, 57, of Fairland, passed away Tuesday, April 24, 2018 at Franciscan Hospice House in Indianapolis. He was born January 27, 1961, in Beech Grove, the son of Harold Gene and Dolores (Feltz) Lytle. On October 16, 1996, he married Darlene Fee, and she survives. James is also survived by his daughters, Misti Lytle of Fairland, Melissa Todd and husband, Andrew, of Greenwood, and Emily Lytle of Indianapolis; brothers, David Lytle of Fountaintown, Mark Lytle and wife, Annette, of Fairland, and William Lytle and wife, Shirley, of Whiteland; grandson, Matthew Todd; granddaughter, Raelynn Turney; several nieces and nephews and their spouses; and Rebecca Rowe of Indianapolis, the mother of Misti and Melissa. He was preceded in death by his father. James graduated from Triton Central High School in 1979. He was a member of St. Joseph Catholic Church. James was formerly a machinist for Space Age Engineering. He enjoyed working in his yard and repairing cars. James was a NASCAR enthusiast. He loved to spend time with his family, especially his grandchildren. Visitation will be from 10 to noon, Monday, April 30, 2018 at Freeman Family Funeral Homes and Crematory, Carmony-Ewing Chapel, 819 S. Harrison St. in Shelbyville. Funeral services will be at noon at the funeral home. Interment will be at Fairland Cemetery in Fairland. Memorial contributions may be made to Franciscan Hospice Care, (Franciscan Alliance Foundation-Central Indiana, 5255 E. Stop 11 Road, Suite 245, Indianapolis, Indiana 46237) his family is thankful for the wonderful care he received. Online condolences may be shared with James’ family at www.freemanfamilyfuneralhomes.com.
To order memorial trees or send flowers to the family in memory of James A. Lytle, please visit our flower store.