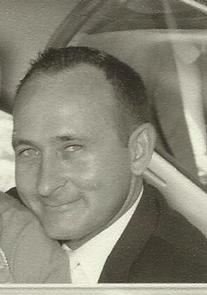 James Andrew “Andy” Downing, 87, passed away Monday, December 4, 2017 at IU Health Methodist Hospital in Indianapolis. He was born May 11, 1930, in Cleveland, Hancock County, Indiana, the son of George Robert and Martha Lenora (Short) Downing. On July 4, 1962, he married his wife of 55 years, Judith Arnold, and she survives. In addition to Judy, Andy is survived by his sons, Scott Andrew Downing and wife, Tracy, of Morristown, and Ryan B. Downing and wife, Holly, of Pella, Iowa; brother, Robert Downing and wife, Margaret, of Channelview, Texas; and grandchildren, Lyndsey Downing, Kaylee Downing, Meghan Downing, Cora Downing, Alex B. Downing and Colten Downing. He was preceded in death by his parents. Andy graduated from Charlottesville High School in 1948, and attended Purdue University for one year. He was a member of The Church of Jesus Christ of Latter Day Saints. Andy was a veteran of the U.S. Marine Corp, serving during the Korean War. He was also a member of Ironworker Local No. 22 in Indianapolis, receiving his 60-year pin in 2015. In 1973, he and Bob Beaver, formed B & D Steel Construction Inc., which they owned and operated until 1980. In 1980, the company became Downing Steel Erectors, he was then the owner, operator and finally the consultant, until retiring in 2004. Andy was a dedicated family man and enjoyed hunting with his sons. Graveside services will be at 10 a.m. Friday, December 8, 2017 at Park Cemetery, 621 S. State St. in Greenfield. A Memorial service will be at 1 p.m. Friday at the Church of Jesus Christ of Latter Day Saints, 114 W. Rampart Road in Shelbyville, with Bishop Ray Brewer officiating. Friends may gather one-half hour prior to the service. Services have been entrusted to Freeman Family Funeral Homes and Crematory, 819 S. Harrison St. in Shelbyville. Memorial contributions may be made by purchasing a toy and placing it in a U.S. Marine Corp Reserve, Toys for Tots drop box. Online condolences may be shared with Andy’s family at www.freemanfamilyfuneralhomes.com.
To order memorial trees or send flowers to the family in memory of James Andrew "Andy" Downing, please visit our flower store.