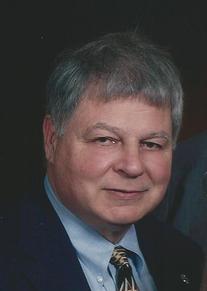 James Henderson “Jim” Cherry III, 75, of Shelbyville, passed away Thursday, May 25, 2017 at Our Hospice of South Central Indiana in Columbus. He was born April 13, 1942, in Asheville, North Carolina, the son of James Henderson II and Katherine (Buck) Cherry. On June 29, 1962, he married his wife of 54 years, Merrie “Jo” (Cranford) Cherry, and she survives. Jim is also survived by his daughter, Merrie “Anna” Cherry-Cross and husband, Michael, of Lexington, South Carolina; sons, James Henderson “Jay” Cherry IV of Bloomington and Jonathan Cherry of Shelbyville; sister, Eleanor Beasley and husband, B.F., of Gastonia, North Carolina; brothers, David Cherry of Tyler, Texas and Charles Cherry and wife, Beth, of Raleigh, North Carolina; grandchildren, Jason Cherry, Caroline Cherry, David Cross, Ian Cross and Lydia Cross; and several nieces and nephews. He was preceded in death by his parents; and sisters, Anna Kreiner and Lynda Thomas. Jim graduated from The Hill School in Pottstown, Pennsylvania in 1960, where he was the most outstanding student three of his four years. Following prep school, he attended Princeton University on a working academic scholarship, majoring in English and Religion. Jim wrestled and was a member of the Tiger Inn Eating Club at Princeton. Jim began his career with The General Electric Company in Schenectady NY in their Financial Management Program. The General required Jim and the family to move frequently, spending time in NY, PA, SC, VA, NC until finally arriving in Shelbyville Indiana around the Blizzard of 1978. Jim continued to work for GE and then its successor, Wellman Thermal Systems Corporation until 2003. Jim then embarked on a 2nd (original) career in the ministry, graduating from the Christian Theological Seminary in Indianapolis. In 2013, he became and was currently the minister of Fairland United Methodist Church. He was a member of First United Methodist Church in Shelbyville for 35 years prior to becoming the minister in Fairland. In Shelbyville, he taught Sunday school, served as Chairman of The Administrative Board, The Board of Trustees and the Board of Pastor Parish. He was a member of Shelbyville Rotary Club and a former member of the Unique Club. Jim served on the SCUFFY board and one term on the Shelbyville School Board. He enjoyed reading the Bible. Jim was a man of strong faith and was devoted to his family and religion. A gathering of friends will be from 5 to 8 p.m. Thursday, June 1, 2017 at Freeman Family Funeral Homes and Crematory, Carmony-Ewing Chapel, 819 S. Harrison St. in Shelbyville and from 9:30 to 10 a.m. Friday, June 2, 2017 at First United Methodist Church, 34 W. Washington St. in Shelbyville. A celebration of Jim's life will be at 10 a.m. Friday, June 2, 2017 at the church, with the Revs. Colin Cress and Robert Campbell officiating. Services have been entrusted to Freeman Family Funeral Homes and Crematory, 819 S. Harrison St. in Shelbyville. Memorial contributions may be made to Fairland United Methodist Church, 205 W. Washington St., Fairland, IN 46126 or First United Methodist Church, 34 W. Washington St., Shelbyville, IN 46176.
To order memorial trees or send flowers to the family in memory of James Henderson "Jim" Cherry III, please visit our flower store.