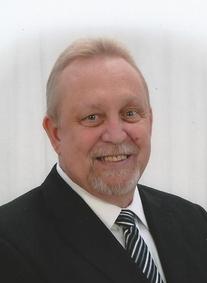 James Henderson “Jim” Thomas, Jr., 56, of Morristown, passed away Wednesday, June 28, 2017 at his home surrounded by his family. He was born November 29, 1960, in Lafollette, Tennessee, the son of James Henderson and Eva Mae (Stagnolia) Thomas. On January 27, 1994, he married Sandra Tuxhorn, and she survives. Jim is also survived by his mother and Mike, of Burlington; father of Speedwell, Tennessee; sons, Mark Alan Cochran and wife, Misty, of Morristown, Michael William Cochran and wife, Angela, of Morristown, and James Henderson “Jay” Thomas III and wife, Sarah, of Fishers; daughter, Nichole Lynn Roach and husband, Ray, of New Whiteland; brothers, Daniel Lee Thomas and wife, Rachel, and Gregory Scott Thomas and wife, Barbara, both of Frankfort; grandchildren, Natalie Marie Cochran, Brent Alan Cochran, James Robert Thomas and Jordan Roach; close family and best friend, Sally Ham of Morristown; and several nieces and nephews. He graduated from Western High School in Russiaville, and received his associate’s degree through the United States Air Force. Jim was a U.S. Air Force veteran, serving for four years, and was a member of Willard E. Hensley American Legion Post No. 102. He was a member of the Gwynneville Christian Church, and served as a deacon. Jim was an architect for IBM. He was also a member of Masonic Lodge No. 193 F&AM of Morristown, Order of Eastern Star No. 316 of Morristown and the Scottish Rite Indianapolis. Jim was a past master of the Morristown Masonic Lodge and past patron of the Eastern Star Lodge in Morristown. He was also a past Grand Sentinel for Eastern Star. Jim was a past president of the Morristown Literacy Council. Visitation will be from 2 to 8 p.m. Sunday, July 2, 2017 at Freeman Family Funeral Homes and Crematory, Carmony-Ewing Chapel, 819 S. Harrison St. in Shelbyville, at 7 p.m. services will be conducted by Job’s Daughters, Eastern Star and Masonic Lodge. Funeral services will be at 10 a.m. Monday, July 3, 2017 at the funeral home, with Pastor Nick Keaton officiating. Interment will be at Asbury Cemetery in Morristown, with military graveside rites conducted by the local military committee. Memorial contributions may be made to the Indiana Masonic Home, 690 State St., Franklin, Indiana 46131, Gwynneville Christian Church, 7104 E. Mulberry St., Gwynneville, Indiana 46144, or Morristown Band Boosters, PO Box 685, Morristown, Indiana 46161.
To order memorial trees or send flowers to the family in memory of James Henderson "Jim" Thomas, Jr., please visit our flower store.