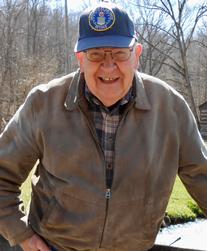 James Hoyt Kreinhop, 81, of Shelbyville, passed away Thursday, November 15, 2018 at his residence. He was born January 6, 1937, in Napoleon, the son of William and Hazel (Shaw) Kreinhop. On October 12, 1964, he married his wife of 54 years, Mariko Yamazato, and she survives. In addition to Mariko, James is survived by his son, Bill Kreinhop and wife, Cheryl, of Shelbyville; daughter, Karen Lutz and husband, David, of Los Angeles, California; grandchildren, Curtis Moore, Sarah Moore, Brandon Kreinhop and Victor Kreinhop; and step-grandchildren, Keith Bevington, Jackie Prather and Anna Lutz. James was preceded in death by his parents; and brothers, Victor Kreinhop and William Kreinhop. He graduated from Napoleon High School in 1954. James was a United State Air Force Veteran (Retired), for 20 years, retiring on June 30, 1975. He was a member of the National Rifle Association, Air Weather Association, and the National Mossberg Collectors Association. James enjoyed hunting, target shooting and model airplanes. He was an avid reader. Private family services have been observed. Services have been entrusted to Freeman Family Funeral Homes and Crematory, 819 S. Harrison St. in Shelbyville. Memorial contributions may be made to the Air Force Enlisted Widows Association, 92 Sunset Lane, Shalimar, Florida 32579. Online condolences may be shared with James’ family at www.freemanfamilyfuneralhomes.com.
To order memorial trees or send flowers to the family in memory of James Hoyt Kreinhop, please visit our flower store.