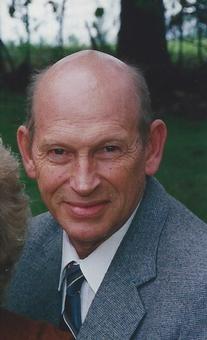 James L. Murphy, 74, of Fairland passed away Monday, January 7, 2019 at MHP Medical Center in Shelbyville. He was born February 10, 1944, in Ezel, Kentucky, the son of Charlie and Nannie Lee (Hudson) Murphy. On December 22, 1962, he married his wife of 56 years, Edna “Dimple” Peyton, and she survives. In addition to Dimple, James is survived by his daughters, Debbie Rogian and husband, Doug, of Boggstown, Jeanie Neer and husband, Denny, of Ortonville, Michigan, and Chrissy Jonas and husband, Mitch, of Fountaintown; son, Dale Murphy and wife, Megan, of Belfair, Washington; brother, Irvin Murphy and wife, Reva, of Ezel; brother-in-law, Tom Sexton of Ezel; 18 special grandchildren; and four great-grandchildren. He was preceded in death by his parents; brother, Albert Murphy; and sister, Imogene Sexton. James graduated from Ezel High School in 1963. He attended Hope’s Point Church. James was a welder, working at Insley Manufacturing for 21 years and Amtrak for 27 years, until retiring in 2013. He enjoyed woodworking, gardening, fishing and camping. James loved to spend time with his children and grandchildren. Visitation will be from 4 to 8 p.m. Thursday, January 10, 2019 at Freeman Family Funeral Homes and Crematory, Carmony-Ewing Chapel, 819 S. Harrison St. in Shelbyville and from 9 to 10 a.m. Friday, January 11, 2019 at Hope’s Point Church, 1703 S. Miller Avenue in Shelbyville. Funeral services will be at 10 a.m. Friday at the church, with Pastor Mike Sexton officiating. Interment will be at Fairland Cemetery in Fairland. Memorial contributions may be made to the donor’s choice of charity. Online condolences may be shared with James’ family at www.freemanfamilyfuneralhomes.com.
To order memorial trees or send flowers to the family in memory of James L. Murphy, please visit our flower store.