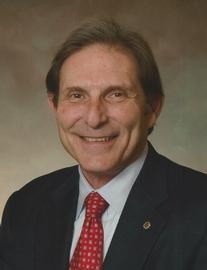 James Richard “Jim” Lisher, 74, of Shelbyville, passed away Monday, November 8, 2021, at his home. He was born August 28, 1947, in Indianapolis, the son of Leonard Boyd and Mary Jane (Rafferty) Lisher. On June 16, 1973, he married his wife of 48 years, Martha Lisher, and she survives. In addition to Martha, Jim is survived by his daughter, Dr. Jennifer Lisher and husband, Daniel, of Greenwood; son, Lieutenant Colonel James Richard Lisher II; brother, John Lisher and wife, Mary, of Indianapolis; and granddaughters, Mary, Lillian and Isabella. Jim was preceded in death by his parents; and sister, Cynthia Lisher. He graduated in 1965 from North Central High School in Indianapolis. Jim received his bachelors degree from Indiana University in 1969. In 1974, he graduated from Indiana University School of Law in Indianapolis. Jim was a member of the Indianapolis and Shelby County Bar Associations, admitted to practice before the U.S. Supreme Court, and a member of the Sigma Phi Epsilon fraternity. Jim was also a member of the First Christian Church. He was a U.S. Navy veteran. Jim practiced law for 45 years and served as Shelby County Prosecutor for 12 years. He was the founder of the Victim Assistance and Turn in Drug Pusher Programs. He also served as a public defender. He served on the boards of many civic organizations, including the Shelbyville Lions Club, treasurer and director of the Blue River Festival, Cancer Association of Shelby County, and Board of Zoning. Jim was a member of the Shelby Masonic Lodge No. 28 F&AM, Scottish Rite, and Murat Shrine. Jim was a lifetime member of the American Legion and Veterans of Foreign Wars. He enjoyed golfing on Sunday mornings at the Elks. A gathering of friends will be from 3 to 7 p.m. Thursday, November 11, 2021, at Freeman Family Funeral Homes and Crematory, Carmony-Ewing Chapel, 819 S. Harrison St. in Shelbyville. The Masonic ritual will begin at 7 p.m. Thursday at the funeral home, with the Celebration of Jim’s life following, with military rites. Friends and family are invited to process from the funeral home to Hanover Cemetery at 9:30 a.m., Friday, November 12, 2021, for the inurnment, which will begin at 10 a.m. Memorial contributions may be made to the Cancer Association of Shelby County, PO Box 844, Shelbyville, Indiana 46176 or St. Jude Children’s Research Hospital, 501 St. Jude Place, Memphis, Tennessee, 38105. Online condolences may be shared with Jim’s family at www.freemanfamilyfuneralhomes.com.
To order memorial trees or send flowers to the family in memory of James Richard "Jim" Lisher, please visit our flower store.