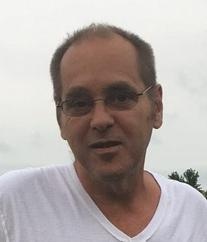 James Scott “Jim” Dethridge, 57, of Spiceland, formerly of Morristown passed away Tuesday, September 7, 2021, at Henry Community Health in New Castle. He was born October 18, 1963, in Franklin, the son of Jimmie Dethridge and Sheila (Pottinger) Chanadams. Jim is survived by his daughters, Mallory Dethridge and Kayleigh Gordon and husband, Mark, both of Rushville; step-son, Rex Yenowine of Rushville; sisters, Susie Meltzer and husband, Bill, of Fountaintown, and Linda McGee and husband, Denny, of Spiceland; brother, Brad Dethridge of New Berlin, Wisconsin; grandchildren, Sophie, Logan, Landon and Brynleigh; and several nieces and nephews. He was preceded in death by his parents; son, James Dethridge, Jr.; brother, Shawn Chanadams; step-mother Joann Dethridge; and step-father, John Chanadams. Jim graduated in 1982 from Morristown High School. He enjoyed fishing and NASCAR. Jim loved spending time with his grandchildren, nieces and nephews. He also leaves behind his dogs, Lizzy and Charlie. A gathering of friends will be at 5:30 to 7 p.m., Friday, September 10, 2021, at Freeman Family Funeral Homes and Crematory, Frazier Chapel, 124 E. North St. in Morristown. Memorial services will be at 7 p.m. Friday, at the funeral home. Inurnment will be at Hanover Cemetery in Shelby County at a later date. Memorial contributions may be made to the American Heart Association, PO Box 840692, Dallas, Texas 75284-0692. Online condolences may be shared with Jim’s family at www.freemanfamilyfuneralhomes.com.
To order memorial trees or send flowers to the family in memory of James Scott "Jim" Dethridge, please visit our flower store.