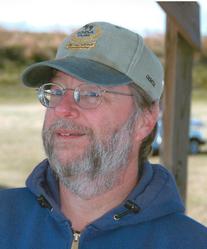 Jerry D. Scott, 65, of West Melbourne, FL, formerly of Shelbyville, earned his angel wings on May 28, 2019. Jerry was born to Betty (Hittle) and Earl Scott on September 18, 1953. He graduated from Shelbyville Senior High School in 1971 and married Barbara Kohrman in 1972. Barbara preceded him in death in 2015, after nearly 43 years of marriage. Jerry studied electrical engineering at Ohio Institute of Technology, where he earned an Associate's degree. He worked for AT&T in Indiana and Ohio (also known as Bell Labs and Lucent Technologies) for 29 years. Upon moving to Melbourne, FL, he worked for Harris Corporation before retiring in September of 2018. Jerry was an avid reader, loved a good Western (or a rerun of Walker, Texas Ranger), and enjoyed silhouette shooting with buddies in Ohio and Florida. He was an amateur radio operator for over 30 years. He was a member of St. Vincent de Paul Catholic Church, Father Seger Council Knights of Columbus, CRES Amateur Radio Club and Port Malabar Rifle and Pistol Club. Jerry is survived by his daughter, Angie, of Raleigh, North Carolina; sons, Eric (Leah) of Shelbyville, and Nicholas of Mount Vernon, Ohio, as well as grandchildren Madison, Emma, Ryder and Sophia. In addition to his wife, he was preceded in death by his parents, two infant brothers, and best fur pals Scotty, Joy, Winston and Buddy. Jerry fought a brave battle, was loved by many, and passed surrounded by family. A Gathering of Friends will be from 2 to 4 p.m. Saturday, June 1, 2019 at Freeman Family Funeral Homes and Crematory, Carmony-Ewing Chapel, 819 S. Harrison St. in Shelbyville. Private family interment will be held. The family requests memorial contributions be made to a local Boy Scout troop or animal shelter in his memory. Online condolences may be shared with Jerry’s family at www.freemanfamilyfuneralhomes.com.
To order memorial trees or send flowers to the family in memory of Jerry D. Scott, please visit our flower store.