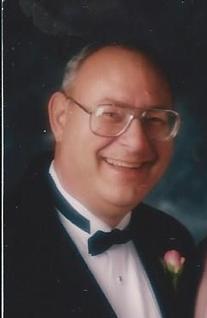 Jerry Lee Rice passed away on Thursday, August 26, 2021, at the age of 80. He was a loving husband, a compassionate father of four children, a blessed grandfather of 11 grandkids and a faithful servant to his Lord and Savior, Jesus Christ. Jerry was born on July 16, 1941, in Indianapolis, IN to Lois and Wilma (Baker) Rice. He grew up in Helmsburg, IN, and after graduation began working for the Linde company in Speedway, IN. Shortly after that he joined the US Navy and proudly served for 20 years originally being stationed in Coronado, CA. He returned to Indiana and completed his Associates Degree from the University of Indianapolis and worked for various banking institutions as a Trust Officer for over 20 years. In November of 1963, he married Elizabeth Jean Michalek and together they raised four sons, Brian, Dennis, Glenn and Greg. Jerry enjoyed the outdoors and adventure. He was skilled in woodworking, an avid gardener and a meticulous landscaper. On his adventurous side he had a passion for ATV 4-wheeling where he and his boys would get together and explore numerous trails at various recreational parks. Jerry is survived by his wife of 57 years, Elizabeth; son, Brian and his children (Henry and Samantha); son, Dennis and his wife (Amy) and their children (Cody, Brittany and Emily); son, Glenn and his wife (Julie) and their children (Brandon, Dan, Allison and Andrew); and son, Greg and his wife (Amy) and their children (Kaleigh and Ashley). He will be dearly missed. A Celebration of Jerry’s life will be held at a later date. Services have been entrusted to Freeman Family Funeral Homes and Crematory, 819 S. Harrison St. in Shelbyville. Memorial contributions may be made to the American Heart Association, PO Box 840692, Dallas, Texas 75284-0692. Online condolences may be shared with Jerry’s family at www.freemanfamilyfuneralhomes.com.
To order memorial trees or send flowers to the family in memory of Jerry Lee Rice, please visit our flower store.