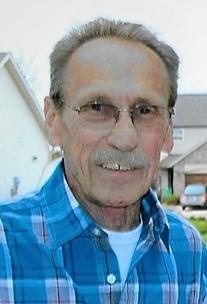 Jerry Wayne Bennett, 77, of Greenfield a loving and devoted husband, father, grandfather, great grandfather, brother, uncle and friend passed away Wednesday, April 28, 2021, at his home. He was born April 16, 1944, in Beech Grove, Indiana, the son of Robert P. and Vera “Ruth” (Ropp) Bennett. On April 8, 1978, he married his wife of 43 years, Roberta Sharon “Bobbi” McDonald, and she survives. In addition to Bobbi, Jerry is survived by his son, James “Jamey” Bennett and wife, Nicole, of Greenfield; daughters, Michele Bowling of Greenfield, and Shelley Alford of Fountaintown; sisters, Marilyn Lancaster, Charlotte Hensley and Carol Fowler, all of Shelbyville; Grandchildren, Kerri Alford, Max Bowling & Kinsey Carroll, Emily Alford, Alex Bowling, Rachel Alford, Riley Bennett, Madi Best and husband Jake, Chase Bennett and Kye Bennett; great- grandchildren, Waylon Bowling, Myah Gardner and Delilah Best; and several nieces and nephews. He was preceded in death by his parents; an infant brother, Alan Bennett. Jerry was a U.S. veteran serving in California. Jerry was a member of Ironworkers Local 22. Of all of the positions he held over the years being a mentor was his most rewarding. He shared his knowledge of construction with all. Jerry either built or remodeled all of the homes that he lived in. He was a craftsman and perfectionist in everything he did. Jerry had a passion for classic cars and his favorites were 1955-1957 Chevrolets. He also enjoyed watching his favorite teams play which included Alabama “Rolltide”, Colts, Pacers with a Coke in his hand. A Celebration of Jerry’s Life will be held at a later date. Services entrusted to Freeman Family Funeral Homes and Crematory, 819 S. Harrison St. in Shelbyville. Online condolences may be shared with Jerry’s family at www.freemanfamilyfuneralhomes.com.
To order memorial trees or send flowers to the family in memory of Jerry Wayne Bennett, please visit our flower store.