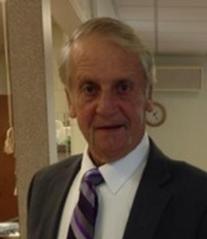 Jesse W. Emerson, 72, of Flat Rock passed away Wednesday, January 22, 2020 at MHP Medical Center in Shelbyville. He was born June 12, 1947, in Liberty, Kentucky, the son of George and Levona (Luttrell) Emerson. On December 31, 1995, he married Theresa Shadburn, and she survives. In addition to Theresa, Jesse is survived by his sons, Jesse Brian McNew of Shelbyville, Kentucky, Jesse Shane Emerson of Indianapolis, Austin O’Neal Emerson of Seymour, and Jesse Wade Emerson of Flat Rock; brother, Archie Emerson and wife, Linda, of Providence, Rhode Island; sister, Sally Byrd of Casey County, Kentucky; several grandchildren and great-grandchildren; and numerous nieces and nephews. He was preceded in death by his parents; and several brothers and sisters. Jesse retired after 40 years of service, as a plumber, for P.I.P.E. Inc. He loved the outdoors and enjoyed going to mule shows and riding mules. He also enjoyed watching westerns. Visitation will be from 2 to 6 p.m. Sunday, January 26, 2020 at Freeman Family Funeral Homes and Crematory, Carmony-Ewing Chapel, 819 S. Harrison St. in Shelbyville and from 11 a.m. to 1 p.m. Tuesday, January 28, 2020 at Southfork Ridge Church, 793 Southfork Church Road in Liberty, Kentucky. Funeral services will be at 1 p.m. Tuesday at the church, with his brother Archie Emerson officiating. Interment will be in Spaw Cemetery in Casey County, Kentucky. Memorial contributions may be made to the donor’s choice of charity. Online condolences may be shared with Jesse’s family at www.freemanfamilyfuneralhomes.com.
To order memorial trees or send flowers to the family in memory of Jesse W. Emerson, please visit our flower store.