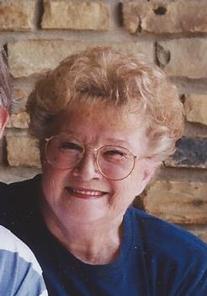 Joan Knight, 89, of Shelbyville passed away Monday, February 12, 2018 at Ashford Place Health Campus in Shelbyville. She was born September 9, 1928, in Shelbyville, the daughter of Cecil Dale and Martha Ann (Osborne) Scudder. On December 31, 1948, she married Kenneth Earl Knight, and he preceded her in death on June 4, 2004. Joan is survived by her son, Kim Knight and wife, Joan C., of Milroy; daughter, Judith Hendry of Milroy; grandchildren, Matt Davis, Ashley Landry and Jason Wells; eight great-grandchildrean; and four great-great-grandchildren. She was also preceded in death by her parents; brother, Jack Scudder; and grandchildren, Wendy Arnold and Mark Davis. Joan graduated from Shelbyville High School in 1947. She was a member of the Brown County Art Gallery Association and Pioneer Women in Nashville. Joan was a former member of the Shelby Art Gallery Association. Joan was an artist and enjoyed making craft items. She also enjoyed traveling, sewing and camping. A Celebration of Joan’s life will be from 2 to 4 p.m. Sunday, February 25, 2018 at St. Vincent de Paul Parish Hall. Services have been entrusted to Freeman Family Funeral Homes and Crematory, 819 S. Harrison St. in Shelbyville. Memorial contributions may be made to Our Hospice of South Central Indiana, 2626 17th St., Columbus, Indiana 47201. Online condolences may be shared with Joan’s family at www.freemanfamilyfuneralhomes.com.
To order memorial trees or send flowers to the family in memory of Joan Knight, please visit our flower store.